Stalker 2: Heart of Chernobyl will require approximately 180 GB of storage space on Xbox consoles. This would be half the usable space on the Xbox Series S. 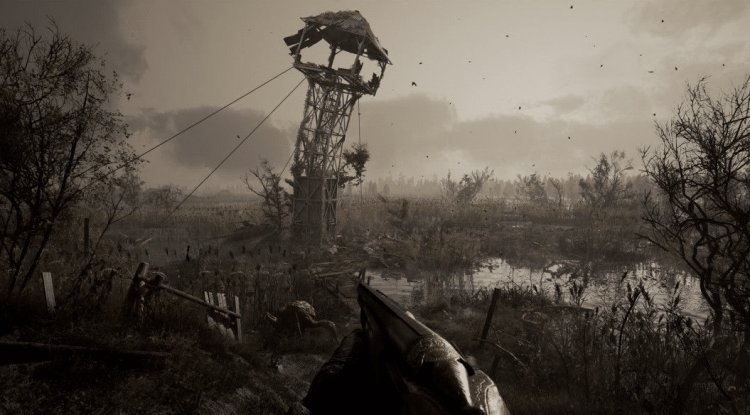 According to information about the game in the Xbox Store, Stalker 2: Heart of Chernobyl, which will be released in April of next year, will require approximately 180 GB of storage space on Xbox consoles. This would be half the usable space on the Xbox Series S.

The survival horror Stalker 2: Heart of Chernobyl, which is being worked on at the Ukrainian development studio GSC Game World, will probably not be the smallest of all games for Xbox consoles. The product page of Stalker 2 in the Xbox Store has been updated and expanded with the approximate memory usage on consoles. So it is around 180 GB that the survival horror on Xbox Series X / S should claim for itself.

The closer the day of the game's release approaches, the more precise the information on the download size will be. However, if you take 180 GB as the nominal value, Stalker 2 on the Xbox Series S would take up half of the console's usable memory. Something similar was revealed about half a year ago when the system requirements for PC were announced. Here, too, the survival horror is not squeamish and requires 150 GB of memory.

Stalker 2: Heart of Chernobyl is slated for release on April 28, 2022, for PC and Xbox Series X / S. That, in turn, means that no version is planned for Xbox One. However, Stalker 2 will be included in Xbox Game Pass. Possibly there could also be a release for Playstation 5 at some point since there is talk of "coming" to the Xbox. In addition, the developers of GSC Game World announced via Twitter in August that Stalker 2: Heart of Chernobyl will be using Unreal Engine 5.