Shortly before the launch of the Steam Deck, Valve pointed out that pre-orders from the first hour have 72 hours from February 25th to complete their order. 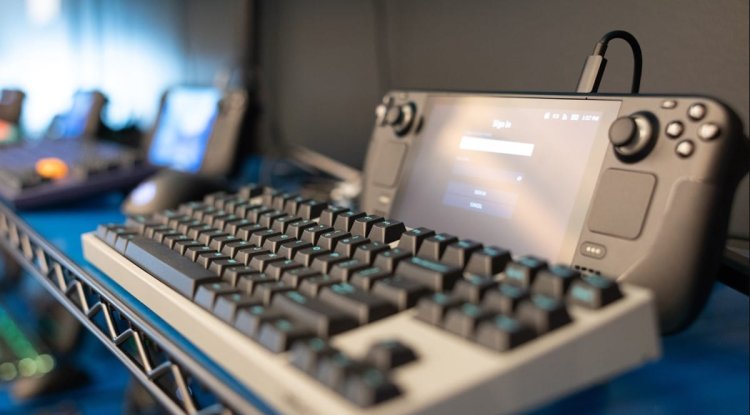 Shortly before the launch of the Steam Deck, Valve pointed out that pre-orders from the first hour have 72 hours from February 25th to complete their order. An official dock for the handheld console is not available in time for the launch.

Valve's Steam Deck celebrates its market launch on February 25, 2022. In an announcement, the Americans now make it clear that the first pre-orders have 72 hours from this deadline at 10 a.m. Pacific Time to complete their order. Handheld consoles that are not ordered in time go straight to the next round of those waiting.

"Starting at 10 a.m. Pacific Time, we will be sending emails to the first batch of reserves using the address associated with their Steam account. Those individuals will then have 72 hours to complete their purchase on Steam for the specific model they are reserving If they cancel or don't buy within this timeframe, we'll release their reservation to the next person in line."

Around the same time, the Steam Deck is said to be discussed in the media; around 100 test devices were sent. Regarding the official dock, it is said that it will not be released as soon as hoped. We are still looking forward to the launch and hope to be able to catch up on it by "late spring".

The launch discrepancy between deck and dock does not seem to come with any major disadvantages. Unlike Nintendo's Switch, Valve's handheld console won't run faster when docked. As Valve writes in an official FAQ, docking is more like connecting a USB-C hub to a PC. "Steam Deck runs at full power in portable mode", according to the Steam operators.

In other news, industry service Digitimes claims to have learned that TSMC is having problems with the yield of the manufacturing process around 3nm. There is no official information from TSMC on possible problems or delays in the 3nm node and Digitimes sources are generally considered reliable but are usually based on corridor radio in Taiwan where someone knows someone. Digitimes has good contacts, but they are not always well informed either.

In any case, it means that TSMC in the 3 nm FinFET is struggling to get the yield to a decent level. That could explain why TSMC is “continuously revising” the process. Should the problems manifest themselves, a scenario comparable to Intel’s could arise. Customers would be forced to hold onto 5 nm for longer, where there is already a dispute over the wafer quotas. Nvidia is said to have put a huge sum on the table to get a quota. Most recently, Samsung stocked up on 8 nm. AMD also had to fight over the quota and was lucky that Huawei, as a customer at TSMC, bought less due to the US sanctions. Parts of this contingent ultimately went to AMD and you have to plan that well, even if you are the largest customer in Taiwan.