Surprise for the party: the Geforce RTX 2060 12GB in the test. The newest graphics card on the market was introduced almost secretly on December 7th. 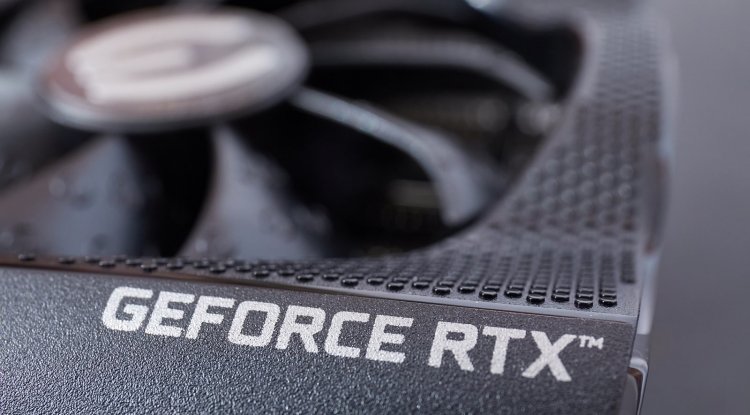 Surprise for the party: the Geforce RTX 2060 12GB in the test. The newest graphics card on the market was introduced almost secretly on December 7th without the typical hype. Are there any reasons for this beyond the three-year-old hardware?

Apparently, the situation is grave. No, we're not talking about Corona's latest acquisition, Omikron, but rather the chronically exhausted graphics card market. The lack of components, which will probably last well into 2022, is producing interesting flowers - for example in the form of the Geforce RTX 2060 12GB. For the latest Geforce gaming graphics card and in time for Christmas, Nvidia is bringing back the old Turing chip TU106 from the retirement home. We are testing what can be achieved at the turn of the year 2021/2022 in the test of the Geforce RTX 2060 12GB.

Almost three years after the start of the Geforce RTX 2060, a model appears with doubled and therefore future-proof capacity. With the help of this stunt, Nvidia kills several birds with one stone. On the one hand, the Californians bypass the component shortage around RTX-30 models (ampere) by using an older GPU from another foundry and slower GDDR6 memory from other sources. On the other hand, despite the adverse conditions on the market, you can bring out a new model that makes perfect sense to round off the current portfolio - even if not everywhere.

As a reminder: The original Geforce RTX 2060 and its new edition are based on the Turing architecture launched in late summer 2018, with which ray tracing and tensor arithmetic units found their way into Nvidia GPUs for the first time. The TU106 processor built by TSMC in the 12FFN process, which has now been brought back from the siding, fires in various assemblies both the Geforce RTX 2070 (full expansion), the almost identical RTX 2060 Super, and the old and new RTX 2060. Only a few GPUs can claim to serve three storage capacities - 6, 8, or 12 GB, the TU106 proves to be a versatile cross-country runner.

It is interesting that Nvidia does not double the memory (as with the Geforce RTX 3090) with twice as many RAM modules, but with double-capacitive memory chips - as with the Geforce RTX 3060. In the case of our sample, there are six GDDR6 chips from Micron, but according to the firmware entries, the memory from other manufacturers is also supported. For example, the Geforce RTX 3060 mostly uses 16 GT / s chips from Samsung. The number of RAM modules is interesting because it has a direct effect on the power consumption of the graphics card. Twice as many chips require more energy, partly because of the more complex wiring, and it was previously assumed that the relatively high power consumption of the RTX 2060 12GB can be explained with twelve memory modules. In fact, the 184-watt board power (TGP) is generated with only six RAM chips. More on that later.

The following table provides a complete overview of the most important performance data.