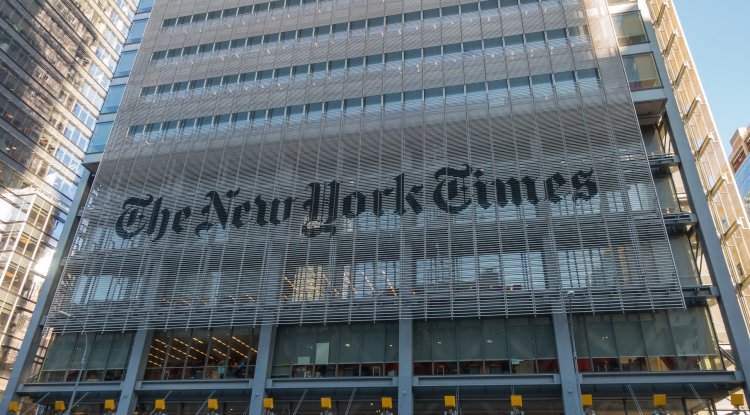 The path from the home project, through the publicly available game that drove the world crazy, to the sale to one of the world's most reputable publishers of the Wordle newspaper passed in a very short time.

The online hit game with the words Wordle is no longer an independent project of a lazy software developer, but part of one of the world's largest publishing houses, known for its crossword puzzles - the New York Times. It was announced on Monday, and the download was confirmed by the author of the game, Josh Wardle, via Twitter.

In a deal that some are already jokingly calling "the second-largest gaming acquisition this year, after Microsoft's acquisition of Activision," the Wordle author received "a low seven-digit dollar amount." In translation, the NYT paid Wardle just over a million dollars for the game, which he made for himself and his partner out of fun.

Wordle was released to the public only in October last year. On November 1, it had only about 90 active players a day, to be over 300,000 by the middle of that month. Viral and exponential growth has continued, and now five-word default words are being deciphered by millions of players around the world every day. As expected, the web was soon flooded with various clones and derivatives of Wordle.

The New York Times will move Wordle to its site and thus complete its digital enigmatic section, in a bid to meet its 10 million subscriber target by 2025. Games, they say, are a key part of their digital strategy. But Wordle players are being told that it will remain unchanged and free (at least for now).

Wardle also announced that it is working with the new owner of its game to keep the results that people have achieved in the old place in its new location. He also said that NYT is a real new home for his game because their crossword puzzles and Spelling Bee were some of the motivators for making Wordle. Josh's girlfriend was "hooked" on these puzzles during the pandemic, so the game became popular all over the world.

Too little one Wordle a day?

Absurdle is the English version of Wordle, based on the same gameplay mechanics, but with a significant difference. You can play this game as many times as you want, and it will adapt its secret word to your game each time so that you can guess it as hard as possible.

In other words, this is not a real puzzle, but a "catch" game, in which the correct answer will escape you as long as possible, respecting the rules of the game. Thus, the first word entered here will always be completely missed, and as you enter new attempts, the system will change the word "imagined", while retaining the hitherto affected letters.

Unlike the original six allowed attempts, Absurdle offers an infinite number of them, up to the goal.