It is a simple tool with several modules. It comes in its most expensive license with Typing Meter, a Windows add-on that records your typing activity... 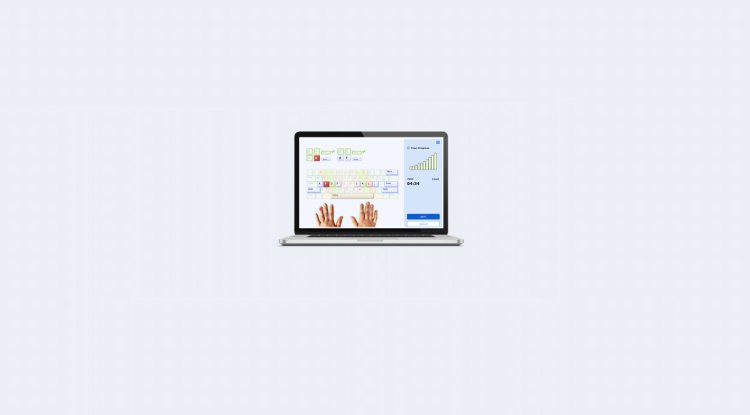 For the last ten years, the on-screen keyboards of smartphones and tablets have taken precedence in text input. Such a keyboard will probably be the first keyboard of the new generation, children growing up. Although in principle it is the same layout as the physical one, with minor changes and the size of a full keyboard, a strange phenomenon is happening. Although children have been using the keyboard almost since they were walking, they do not know how to use the keyboard on which you and we grew up.

Do we have to learn to write again when we sit down at the computer?

Typing Master 11 is a great tool that will test our writing skills. It is a simple tool with several modules. It comes in its most expensive license with Typing Meter, a Windows add-on that records your typing activity at any time and analyzes the accuracy of your input, as well as the number of backspace corrections. Those who do not want to be tracked by unknown tools can turn off your listing history to ensure that no one is tracking your work and entries. In addition, the tool comes with a bunch of texts to test your writing, each one getting heavier. Later tests have longer and more complex words and more spelling characters, so each mastery of the new text is an opportunity to practice your own writing speed. Tests can be repeated and eventually get the result of speed, but also accuracy of writing. How many words did you miss, wrong characters or extra spaces.

Each result is included in the global statistics of tools, where it is possible to monitor the development and progress in the use of tools, but also computers in general, with the already mentioned Typing Meter. The youngest will like games, such as Tetris with words, which will test their skills in an interactive way, but also teach them to write more complex words. The only drawback of the tools is poor multilingualism. Although it covers major world languages, local languages ​​would be much more helpful for those who want to learn to type and are not accustomed to foreign languages.

This is a real opportunity to write down your thoughts, and you can save time.

Disadvantages of the software: Lack of richer multilingualism, outdated interface