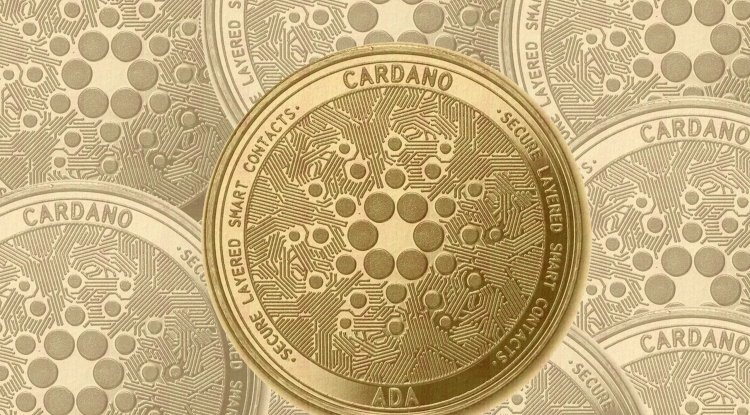 Cardano is a third-generation decentralized blockchain platform, Decentralized Proof of Share (PoS), designed to be a more efficient alternative to Proof Of Work (PoW) networks. Scalability, interoperability, and sustainability on PoW networks like Ethereum are limited by infrastructure burdens with rising costs, energy consumption, and slow transaction times.

Charles Hoskinson, co-founder of Blockchain Ethereum, with Proof of Work (PoW), understood the implications of these challenges on blockchain networks, and in 2015 began developing Cardano and its primary cryptocurrency, launching the platform and ADA token in 2017.

Ouroboros, which Cardano created in its basic phase, is the first PoS protocol that has not only proven to be secure but is also the first to be published by scientific research. Each development phase, or Cardano roadmap era, is based on a research-based framework, which includes evidence-based insights of verification, to make progress toward future milestones on both blockchain network and ADA token applications.

Cardano is almost an alternative to Ethereum. Both platforms are used for similar applications, such as smart contracts, and aim to build a connected and decentralized system. Cardano considers itself an updated version of Ethereum and has positioned itself as a third-generation platform through Ethereum upgrades. The blockchain platform also aims to provide banking services to world banks.

Cardano’s main applications are identity and connectivity management. The first application can simplify processes that require data collection from multiple sources. Another application can be used to monitor and revise product manufacturing processes, from origin to finished products and potentially, eliminate the counterfeit market.

“Ada” is Cardan’s digital currency and was named after Ada Lovelace, a 19th-century countess. Ada was a mathematician, originally from England, who was recognized as the first computer programmer.

IOHK is a software engineering and technology company responsible for building Cardano, with a research department dedicated to promoting blockchain education. The IOHK works closely with academic partners not only to enhance its educational mission but also to improve the long-term scalability of the Cardano Protocol by using the latest peer-reviewed scientific research information on platform updates prior to implementation. EMURGO is a global technology partner responsible for the commercial adoption of the Cardano protocol, integrating companies from a wide range of sectors into its blockchain system.

Cardano is building in five phases towards achieving its goal, developing the network into a Development Platform for Decentralized Applications (DApp) with a multi-resource data book and verifiable smart contracts. Each of the five phases is named after an influential historical figure and is colloquially called an era. The five phases or ages are:

The organizations behind Cardana have released three products: Atala PRISM, Atala SCAN and Atala Trace. The first product is sold as an identity management tool that can access services. For example, it can verify a letter of credit for opening a bank account or eligibility for state aid. The other two products are used to track the travel of products through the supply chain.

Cardano is also developing a smart contract platform that will serve as a stable and secure platform for the development of decentralized applications at the enterprise level. In the near future, the Cardano team plans to use a democratic chain management system called Project Catalyst to manage project development and execution. They will also upgrade their vault management system, to fund future costs using Project Catalyst.

The heart of any blockchain platform is the algorithm used to create blocks and check transactions. Cardano uses Ouroboros, an algorithm that uses the Proof of Share Protocol (PoS) to block mining. The protocol is designed to reduce energy consumption during the block manufacturing process to a minimum. It does this by eliminating the need for hash power or huge computing resources, which are key to the functioning of the workflow verification algorithm (PoW) that uses Bitcoin.

In the Cardano PoS system, the investment determines the ability of the node to create blocks. The stake of the node is equal to the amount of the ADA, Cardano cryptocurrency, which it holds in the long run.

On a broader level, Ouroboros works as follows. It divides physical time into epochs consisting of slots, which are fixed time periods. The slots are similar to factory shifts. Currently, the epoch lasts five days, and the slot lasts one second, but these numbers can be configured and can be changed after the updated proposal. Epochs work in a circle: when one ends, the other begins.

Each slot has a slot leader that is chosen through a “lottery” system. In this system, the higher the stake, the higher the chances of winning the lottery. Slot leaders are responsible for the following tasks:

Ouroboros requires a few ADA owners to be online and to maintain good network connectivity. To further reduce energy consumption, the algorithm contains a share pool concept. ADA holders can organize into role groups and select several leaders to represent the assembly during protocol execution, facilitating participation and ensuring blockchain creation even if some are offline.

The Investor Group is actually a trusted server node dedicated to running the 24/7 protocol, on behalf of the ADA owner. Investor groups hold a combined share of different stakeholders in one entity and are responsible for processing transactions and creating new blocks.

In the Poof-of-Work (PoW) system, economic incentives for miners to participate in the network and create blocks are cryptocurrency rewards and transaction fees. Ouroboros collects awards from one era and distributes them to stakeholder groups. Each of them is rewarded based on the share invested during the epoch, which means that the bigger stake will receive more rewards.