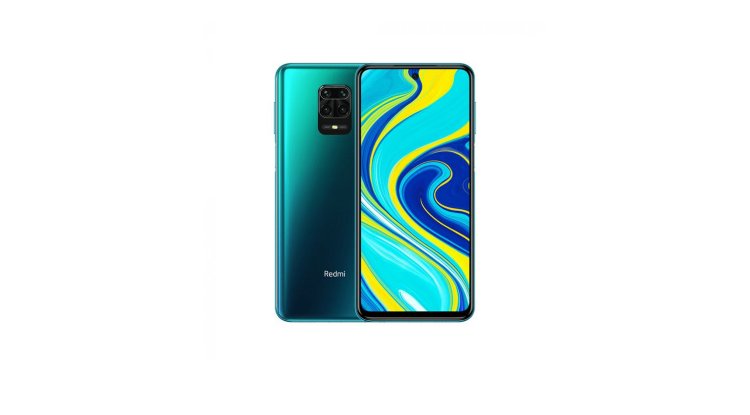 Design and quality of workmanship

Nothing too much is happening in the field of aesthetics. As we mentioned earlier, there is glass on the front and back (as the company claims, Gorilla Glass 5). The frame is made of plastic that visually resembles metal, but the touch still shows that it is plastic. In addition to the screen that occupies about 84.5% of the front, there is also a punch-hole selfie camera, a speaker for calls, but not an LED notification light. Of course, there are also standard proximity and light sensors.

At the back, there is an island with cameras and LED flash, but they are arranged in a slightly strange way. The area behind the cameras and flash, as you notice in the photos, is black. However, only four cameras are actually located on the island, while below the island there is an LED flash that is at “normal” height. A bit of a weird design, however it doesn’t matter.

On the left side of the device, there is only a SIM card slot and a microSD memory card. Yes, it is possible to use two SIM cards and a memory card at the same time, which is great news. On the right side, there are buttons for increasing or decreasing the volume, while below them there is a button for turning on / off the device in which the fingerprint sensor is built. At the top of the device are the IR transmitter and the secondary microphone, while the primary microphone is at the bottom. In addition to the microphone, the bottom of the device also has a speaker, Type-C charging slot, and a 3.5 mm headphone jack. It’s nice to see how Xiaomi thinks about budget users, and still gives them the option of using wired headphones over a 3.5mm slot.

The Redmi Note 9S comes with a Snapdragon 720G chipset paired with 4/6 GB of RAM (in our case, 6 GB), and Adreno 618 graphics chip. Quite understandable, considering that it is a middle-class device. However, in everyday use, and even with a little “stronger” multitasking, you really will not feel the difference compared to some more expensive devices. Of course, the graphics will not be enchanting and not everything will look as fluid as on devices with, say, 120 Hz screens, but we really can’t complain about the money invested.

Although synthetic tests don’t mean much lately, we still bring you the results of the GeekBench 5 test as a “tangible” display of performance. We have no complaints about the overall performance of the Redmi Note 9S, especially due to the fact that the device has 6 GB of RAM.

Although it is possible to take photos in 48 MP resolution, in that case, the pixel size is 0.8µm, as the specification itself says. This automatically means that the camera receives less light, so it takes poorer photos with less lighting. If, on the other hand, you use the camera in 12 MP mode, the pixel size is 1.6µm. This, of course, makes photos in poorer lighting conditions somewhat better. The 12 MP mode is recommended and we believe you will use it more than the 48 MP one.

When it comes to video, Xiaomi allows you to shoot in 4K resolution but at 30 frames per second, while for more frames (or 60 fps) you will still have to choose FullHD (1080p) resolution. In addition to standard video, it is possible to record slow-mo video in 1080p with 120 fps, and ultra slow-mo 720p with up to 960 fps. Video stabilization is also commendable, although it is only gyroscopic electronic image stabilization (gyro EIS).

Xiaomi has packed a 5020 mAh lithium-polymer battery in the Redmi Note 9S, with the ability to quickly charge at 18W. In addition, the box comes with a fairly capable charger with the ability to charge 5V-3A (15W), 9V-2.23A (20W), 12V-1.67A (20W) and 10V-2.25A (22.5W). And while we have a situation where other manufacturers with premium smartphones give weaker chargers, Xiaomi with Redmi Note 9S gives you a stronger charger than you need. Strange move, but certainly welcome. In any case, using the charger from the box, the phone charges from 0 to 100% in about 1 hour, which is very commendable.