Matches can last several minutes, but also half an hour, without playing over 2-3 moves. Yu-gi-oh Master Duel is a game that every fan should try. 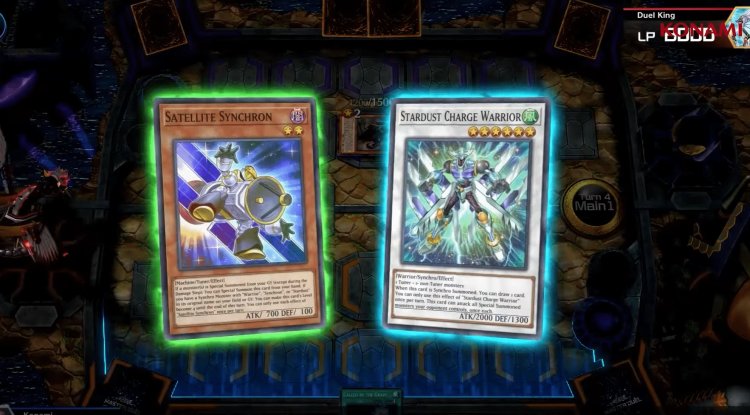 Do you remember the time when you were overjoyed to sacrifice two cards to play the Dark Wizard, or maybe even better Summoned Skull. Those times are long gone, and Yu-gi-oh is now almost entirely a new card game!

Simple rules, cute monsters and powerful magic cards have been replaced by long lyrics, boring effects, but it can be said that the Yu-gi-oh Master Duel is something we missed on the gaming scene a long time ago! 200,000 players and to be at the very top of Steam.

Yu-gi-oh has always had the potential to become a popular game in the card game genre, but we have the impression that we have never received a good enough adaptation that would allow us to use everything that already exists in this universe. We think that KONAMI finally succeeded. Delighted. Equipped with many cards with many distinct possibilities. Great news for players who like to experiment, but it is a system that is incredibly difficult for new players, who will have to work hard at the beginning.

A short tutorial at introduce you to games of fear and enormous power. However, after the first match, you realize that the same tutorial did not teach you anything. Each new monster has several paragraphs of text, which is why long strokes are rare. Matches can last several minutes, but also half an hour, without playing over 2-3 moves. This is not something that seems fun to new players when the match can be over in an instant.

For selling and buying tickets, the system is almost the same as at Hearthstone, except that you can make 2-3 decks of your choice here in the beginning.

Some old mechanics like a sacrifice now seem completely irrelevant, and some sympathetic heroes look like complete garbage. It’s all based on combinations, which you can often play in one go, which kills any uncertainty. Almost all robots are dragons with horns and angel wings, while their names are randomly generated from Google. We don’t like this approach, especially since we don’t think they fit into the universe it “should” be. However, we accept that something is not necessarily bad if someone doesn’t like it!

All in all, Yu-gi-oh Master Duel is a game that every fan of these cards should try. We think that balancing would be great for a game like this, but we are not sure how workable it is, because these are cards that are used in real life. Anyway, if you have enough time to set aside for learning, we believe you could enjoy all that the game offers.