This CPU cooler with a no-frills design is completely black and promises a cooling capacity of up to 180 watts TDP with quiet operation and compact dimensions. 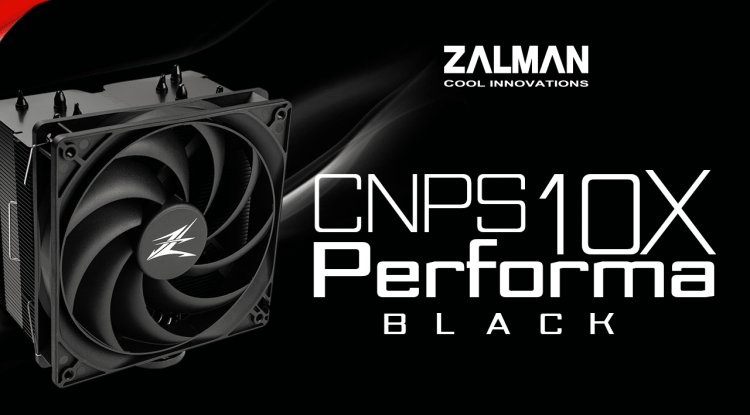 The simple CPU cooler with a no-frills design is completely black and promises a cooling capacity of up to 180 watts TDP with quiet operation and compact dimensions.

With the CNSP10X, manufacturer Zalman promises a lot of cooling performance in a compact format for just under 40 euros. The tower-style CPU cooler is supposed to handle up to 180 watts TDP at a volume of a maximum of 27 dB (A). There is no eye-catching design. There are no frills black for that.

This runs entirely through the design of the CPU cooler. There are no exceptions apart from the retaining clips for the mounted fan and the Zalman logo located in the middle of the fan. The latter is the only accent of the hardware.

The said fan measures a total of 135 millimeters in diameter according to the datasheet and comes from Zalman's Performa fan series. Rifle-Bearing is used here as a bearing, while double fan blades are also intended to minimize vibrations and ensure a higher fan throughput. Accordingly, a smooth operation is promised, with the fan working at 700 to 1,500 rpm, while an air delivery volume of 127.7 m³ / h is promised. The heat sink - kept completely in black - houses a total of four U-shaped direct-touch heat pipes made of copper. The height of the CPU cooler is given as 155 millimeters.

In terms of supported sockets, the choice on the AMD side is limited to AM4. With regard to Intel, installation on motherboards with sockets LGA 115x, 2066, 2011, 1366, and 1200 is planned. The recommended retail price is 39.90 euros. The RRP has so far only been undercut by a few cents by one other retailer in the form of Mindfactory. Other retailers, however, sometimes call for significantly higher prices.