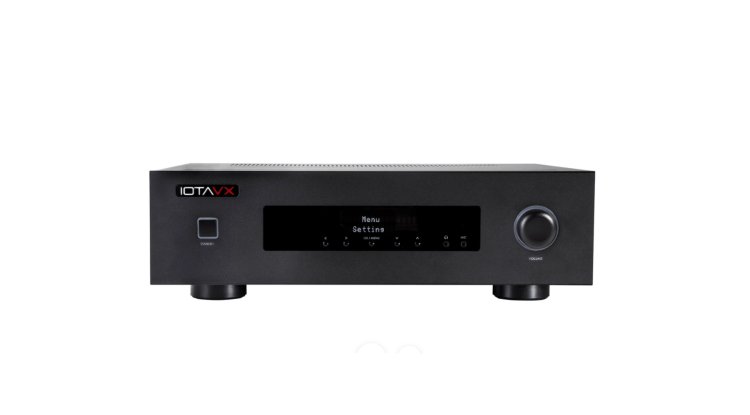 Most AV receivers or preamps are so loaded with features that few users can even try everything, let alone use it. As a result, the desire for a no-frills AV processor is becoming more common. And this is where IOTAVX comes in because their IOTAVX AVX17 promises to be just that: a processor preamp stripped down to the essentials with 13.4 channels.

IOATAVX (in this nation in direct sales of the HiFi pilot) has caught our attention with its amplifier (IOTAVX SA-3) but most notably with the multi-channel power amplifier IOTAVX AVXP1. The heavyweight with seven channels is almost absurdly low in price. And now, with the IOTAVX AVX17, a modern preamp playing partner appears: with Dolby Atmos and DTS:X on board, as well as various sound tweaking capabilities, but without equipment ballast.

Asians, in particular, have reduced the use of streaming services, which are nearly taken for granted nowadays, as well as other features that play only a tiny role in a focused home theater (and which, in addition to hardware, mainly cost licenses). In addition to the standard cinematic functions, there is an optional Bluetooth module and a USB 2.0 audio input as a bonus. Period.

The special features of the IOTAVX AVX17

There are 17 balanced and unbalanced outputs on the plus side. They are permanently allocated and can provide a maximum of 7.1.6 loudspeaker setup or 9.1.4 channels, each with four subwoofers that must be measured independently. It is worth noting that all of the subs receive the same signal. However, there is the easy and acoustically sound option of directly handling multi-subwoofer systems or even arrays with the preamplifier – including parametric equalization.

The HDMI account has 6 inputs and 2 outputs with HDMI 2.0a, i.e. 18 GBit/s and hence a maximum resolution of 4k/60 Hz. Except for intensive gamers, this is also practicable for the foreseeable future, especially since higher-quality sources almost always give the option of exporting the sound independently. Peep box no longer supports Dolby Atmos and DTS:X with lossless compression.

However, the test device provided Dolby Atmos via Dolby Digital+, which is used by streaming services like Netflix. Two additional minor luxuries should be included here: There is a switchable analog zone 2 output on the back and a headphone jack on the front.

The Bluetooth adapter features cutting-edge Bluetooth 5.0 technology and can transmit up to 24 bits at 48 kHz directly into the proprietary i2S interface. The connection to the iPad and Android smartphone worked flawlessly and sounded excellent.

The USB audio input, on the other hand, continues to have a slew of issues with various devices. Because the link presently appears to operate exclusively with Windows machines, the company pledges to work on the firmware here. MacOS stutters, and my Roon Nucleus and Roon Bridge only operated till the following reset.

The remote control is somewhat large, has a lot of buttons, but it's well-organized and comfortable to use. This is also required in a darkened home theater because the hand transmitter remains lighted. After a short time of adjustment, you will simply find your way about because there are no double occupancy rooms. Otherwise, the AVX17 can be operated rudimentarily at the front or via RS-232.

The on-screen menu is in English, but it is well-organized and nearly self-explanatory. It has some pleasant surprises in store, such as functions that would otherwise be useless or only known in machines such as the Trinnov Altitude. There are not only crossover frequencies that can be set independently for each channel in bass management. The crossover frequencies can also have filter strengths ranging from 12 dB to 24 dB per octave. In addition, an adjustable subsonic filter (SW Highpass) is offered for the subwoofer, which serves to protect and, if necessary, enhance the woofer's limit sound pressure.

All channels have highly adjustable parametric equalizers, with 11 bands for the main channels, 7 bands for the secondary channels, and 5 bands for each of the four subwoofer outputs. Using the provided calibration microphone, you can have the filters automatically calibrated. The computer, on the other hand, is hell-bent on linearizing the frequency response, which rarely sounds nice. However, the machine's output can be used effectively as a foundation for manual post-processing. Furthermore, the option enables pure measurement to be used to check the outcome.

To put it frankly, IOTAVX's measurement of facial expression has little in common with the well-known advanced methods like Audyssey, Dirac, or even Trinnov Optimizer. Because they analyze what is measured rather than, say, brutally and ineffectively compensating for acoustically generated cancellations. On the one hand, such equalization frequently sounds disharmonious, and on the other, power amplifiers and loudspeakers are overloaded. The number and dosage of the AVX17 filters, on the other hand, allow for exceptionally sensitive and far-reaching manual correction. Bottom line: It's good, but it's not for novices.

Level and duration can be measured automatically using the microphone apart from the EQ. Here's a tidbit: The calibration level is a respectable 90 dB! This is frequently the limit of what is possible with modest loudspeakers. Even in the LowBeats test cinema, the initial steps were not fully smooth: for some unknown reason, the system couldn't handle the Focal studio monitors, so it simply set all levels to maximum and waved goodbye with an error notice. In other constellations, though, it worked flawlessly.

It's also a plus that, in addition to the computer's and bypass's correction results, three manual memory banks with distinct equalizer settings can be saved. In terms of saving, the full setup can be saved in the internal memory as a backup copy and retrieved later. This encourages you to try new things. You can reload the previously saved settings if you get tangled up or the new outcome doesn't sound better.

Although the automatic calibration was only partially convincing, the AVX17 may be measured manually with parametric EQs in the same detail as only far more expensive high-end CPUs. And, with the AVXP1 and PA3 power amplifiers, IOTAVX has the proper and also economical power amplifiers as suitable playmates in its portfolio.

For well under 2,000 dollars, the IOTAVX AVX17 idea, which focuses on the essentials, provides exactly what the budget-conscious home theater aficionado has been wanting for a long time. A surround preamp that sounds neutral in the best possible way, with a working HDMI, up to 9.1.4 or 7.1.6 channels, four subwoofers that can be tested separately, cinch, and XLR outputs.