The GA102-220 for the Geforce RTX 3080 should not only have a wider memory interface to serve the 2 GiByte more memory, but also a few more FP32 shaders. 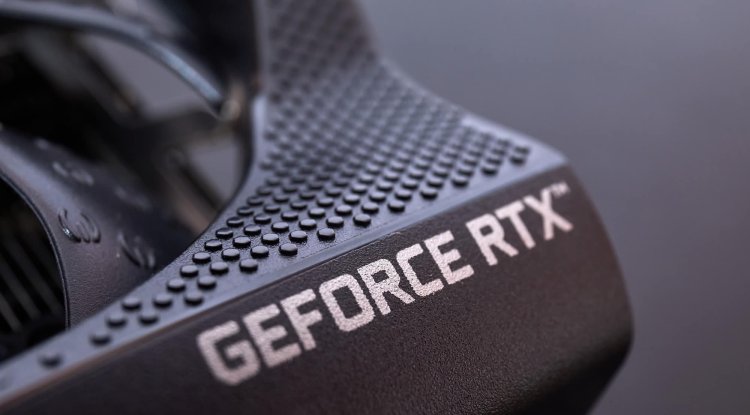 The GA102-220 for the Geforce RTX 3080 should not only have a wider memory interface to serve the 2 GiByte more memory, but also a few more FP32 shaders.

New ampere graphics cards are expected for January, including the Geforce RTX 3080 with 12 GiB memory. Technical data has now also leaked out because what has been clear since the model was first introduced is that Nvidia needs a new chip to enable the memory configuration. This is supposed to be the GA102-220, which on the one hand has the necessary 384-bit wide memory interface, which increases the expected bandwidth from 760 to 912 GB / s. On the other hand, it should also have more FP32 shaders.

It should be 8,960 arithmetic units in number, 256 more than the Geforce RTX 3080 with 10 GiB. That is 2.9 percent on paper. With the change, it would actually be nice if Nvidia made this clear in the name. The addition Ti is already gone and 12 GiB is a difference, but actually, a Geforce RTX 3080 Super 12 GB of transparency would be nice for the customer. The TDP should increase slightly from 340 to 350 watts, which is then almost Ti level, but the power consumption of the GDDR6X should not be underestimated. 2.5 watts per 1-gigabyte chip are common.

* no officially confirmed information for these models

The 8,960 shaders made the rounds for just such a model; But then came the 12 GB version and now there is a combination of more memory and more shaders. The card with 12 instead of 10 GiB is not really sexy in the end (the Geforce RTX 3070 Ti should get 16 GiB), but Nvidia will no longer be able to solve the problem with the Ampere generation. Hopefully, the topic will be tackled with Lovelace in autumn 2022.

Reasons for the sometimes "crooked" storage equipment at Ampere are not officially known. When it was released, the GDDR6X was expensive and only available with 8 Gbit. Only the Geforce RTX 3090 Ti, which is also expected for January, will then receive Micron modules with 16 Gbit. This suddenly reduces the number of modules by half, which benefits power consumption and waste heat.

But whether the Geforce RTX 3080 and RTX 3070 Ti will actually come in January is currently controversial. It is said that the cards had to be moved again because components are scarce. The Geforce RTX 3090 Ti should start as planned; of which one will probably also produce completely different quantities than of the smaller models and the presumably sporty recommended retail price also allows more leeway in the prices when purchasing goods.