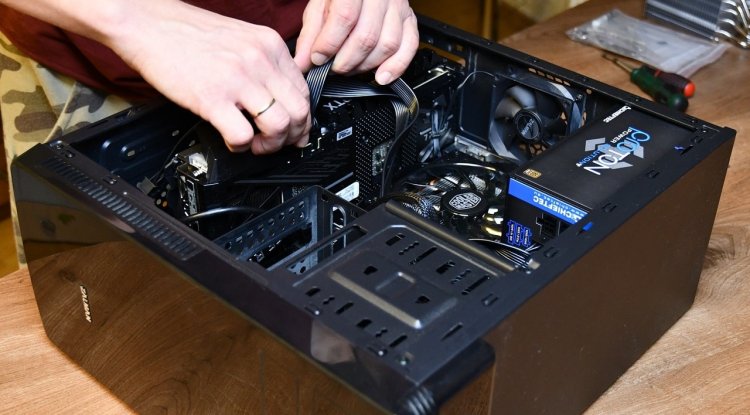 Allegedly, Nvidia's forthcoming Lovelace architecture will not bring any major changes compared to the current Ampere architecture. Due to optimizations and the significantly improved production, there should still be a performance leap with the Geforce RTX 4000 graphics cards.

Not a big jump?

If you believe the leaker Greymon55, who is active on Twitter, then Lovelace will allegedly not bring any major innovations compared to the current Ampere architecture. Unfortunately, more context for this statement was not provided. So it remains open to what extent the individual parts of the Ampere architecture will be adapted.

At least, in theory, Nvidia can lean back a bit compared to AMD, because the company is already on par with AMD's RDNA2 GPUs with the current Ampere graphics cards. However, the latter are manufactured in TSMC's 7 nm process, whereas Nvidia relies on Samsung's 8 nm production, which in turn is an optimized 10 nm process. If both companies now switch to the identical 5 nm production for the next generation, Nvidia should therefore benefit a little more than AMD.

At the same time, AMD is also planning to switch to the RDNA3 architecture and a multi-chip approach, which can potentially enable significantly more computing units without production problems. To counter this, Nvidia will probably have to make at least a few improvements to the GPUs. If, as claimed, there are really only small changes to the architecture, then at least smaller optimizations such as improvements in utilization are conceivable. AMD, for example, has already proven that this can work with the various infusions of the GCN architecture.

In other news, later this year, the GeForce RTX 4000 cards will debut on the market, which is to bring a significant increase in performance. Unfortunately, they will most likely also have a much higher demand for electricity.

GeForce RTX 4000 graphics cards have been announced for a good few months, but we are still talking about unofficial information (more or less likely). Recently, there have been interesting leaks on the network about the energy consumption of the top model from the new Nvidia Ada Lovelace series.