Later this year, the GeForce RTX 4000 cards will debut on the market, which is to bring a significant increase in performance. 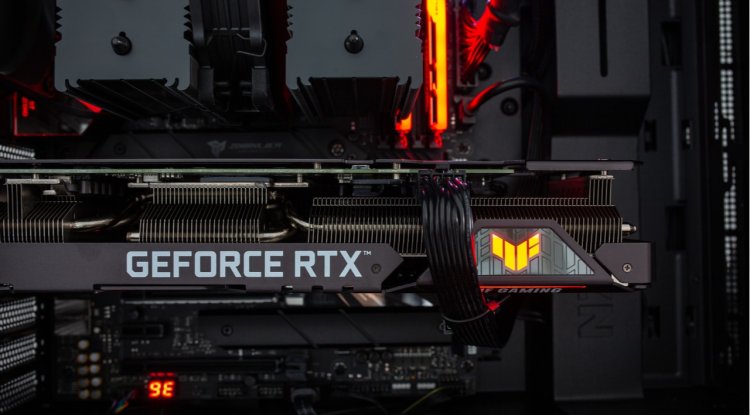 Later this year, the GeForce RTX 4000 cards will debut on the market, which is to bring a significant increase in performance. Unfortunately, they will most likely also have a much higher demand for electricity.

GeForce RTX 4000 graphics cards have been announced for a good few months, but we are still talking about unofficial information (more or less likely). Recently, there have been interesting leaks on the network about the energy consumption of the top model from the new Nvidia Ada Lovelace series.

According to the user Greymon55, the top representative of the new series - GeForce RTX 4090 or RTX 4090 Ti (it is not sure yet as to its designation) is to have a power consumption of 600 W.

It is worth adding that we are talking about a reference model that works with standard power limits. This means that proprietary, overclocked models will most likely have an even greater demand for energy.

This is much more than the current generation. For comparison, the GeForce RTX 3090 has a TBP of 350 W, and the upcoming GeForce RTX 3090 Ti is supposed to reach 450 W (however, this is not yet confirmed, because we are still waiting for the official premiere of the card).

For this reason, we will probably also see new power plugs (adapted to the PCI-Express 5.0 standard). An ordinary 12-pin plug is supposed to supply 450 W of power, and a 12 + 4 pin will deliver as much as 600 W of power. Some new power supplies are already adapted to the new standard.

GeForce RTX 4000 graphics cards is to use the new Ada Lovelace architecture, which will bring a significant increase in performance and energy efficiency (new AD1XX cores are to be produced by TSMC in 5-nanometer lithography).

We expect an increase in the number of execution units and cache capacity. At the moment, however, it is too early to talk about concrete performance results.

The premiere of the GeForce RTX 4000 cards is reportedly scheduled for October this year - we expect it to be an extremely hot end of the year, as the new Nvidia series will compete with new AMD designs, the Radeon RX 7000 (RDNA 3) models.

In other news, Nvidia’s GeForce RTX 3090 Ti will hopefully arrive soon, and alleged specifications for the MSI version have been leaked that include a major revelation about power consumption.

Honestly, we knew that the RTX 3090 Ti would require a lot of power because the standard version of the 3090 already requires huge demands. What exactly is it about? The leak of information regarding the 3090 Ti card suggests that it could consume 480 W of power (compared to 430 W for MSI’s existing Suprim X 3090).