Noctua's affordable cooler for the masses

The Redux version of the popular U12s is currently the most affordable Noctuin cooler. At the same time, it proved to have very good performance 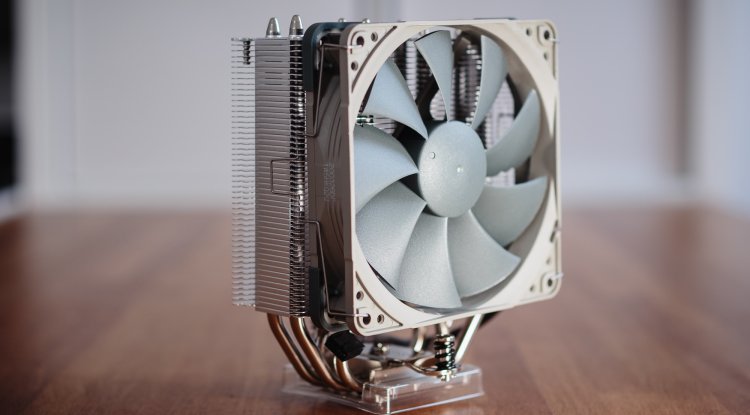 The Redux version of the U12S has one less hot water pipe than its predecessor and comes with a different gray fan instead of a brown one. It is characterized by relatively compact dimensions, supports all newer and slightly older sockets, and by installing this cooler you will not block access to RAM modules of normal height.

The Redux version of the U12S comes in a very simple package that contains clear instructions and everything needed for installation, whether you use an Intel or AMD processor. Let us also mention that the thermal paste has already been applied to the base of the cooler. Installation is super easy, especially when using an AMD processor, where you will use the AM4 backplate on the motherboard.

With this cooler comes one 120 mm NF-P12 fan with a maximum speed of 1700 rpm, and if desired you can use another additional fan in a push-pull configuration. The build quality is traditionally excellent for the Noctua, and the lower part of the base of the radiator is made of copper, while the rest is aluminum.

In terms of performance, they are also at a very high level. We tested this cooler with Intel's Core i5 11600K processor at nominal settings and overclocked to 4.9 GHz. The Redux version of the U12S stands out as a very capable air cooler that can easily cool most modern processors with an acceptable noise level.

With Intel's 11600k at nominal settings, we recorded maximum temperatures of around 70 ° C when loading all cores. Here the processor consumes about 140 W. When overclocking, due to the increase in operating voltage, this consumption climbs well over 200W. However, even in this case, the Noctua cooler managed to cool the processor satisfactorily, even though the temperatures are high and the noise is a bit more noticeable.

In any case, the Redux version of the U12s brings Noctua's quality at an even better price and is a great choice for most users when it comes to mainstream computers.