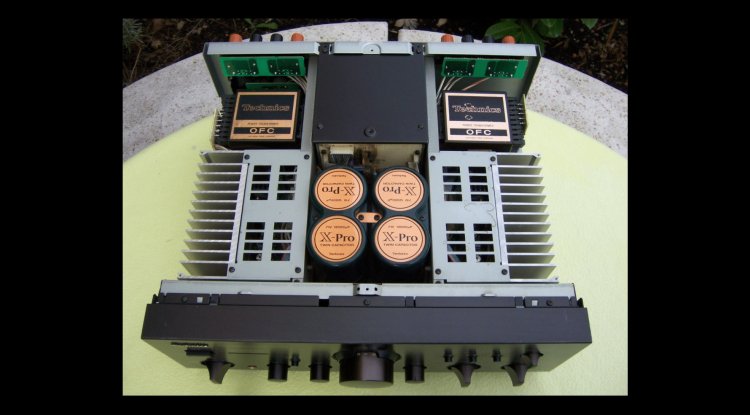 The 0dB power amplifier has excellent transmission qualities, including a low noise level, allowing it to avoid voltage amplification. The 0dB amplifier's operational stability is achieved by combining the original classAA circuitry, which shares voltage management and an electric-current control with a separate amplifier, and a floating power source.

The right-and-left independence of the mass transformer of 170VA is carried in the power-source component. This transformer is encased with a resin shielding case and employs an oxygen-free-high-conductivity-copper line to reduce equipment oscillation and magnetic radiation. Lower the amplifier's input stage by attaching it.

Furthermore, a hard-to-vibrate chassis construction is used, such as putting the power amplifier on either side of the board bending the chassis of 2mm thickness independently, and also fixing the darkroom and a rear surface board by two center angles.

Electrical machinery and magnetic noise are dealt with by attaching a severe shielding board to the input unit.

Each component is made up of parts such as a high purity OCC wire rod and a PXS electrolytic capacitor.

Using the direct functionality of the power amplifier, a simple connecting of a signal line — high-purity signal transmission is realized.