The first tests of the new Intel processor

Intel is preparing a new gaming processor, but we will have to wait a little longer for its premiere. It seems that some people already have access to it. 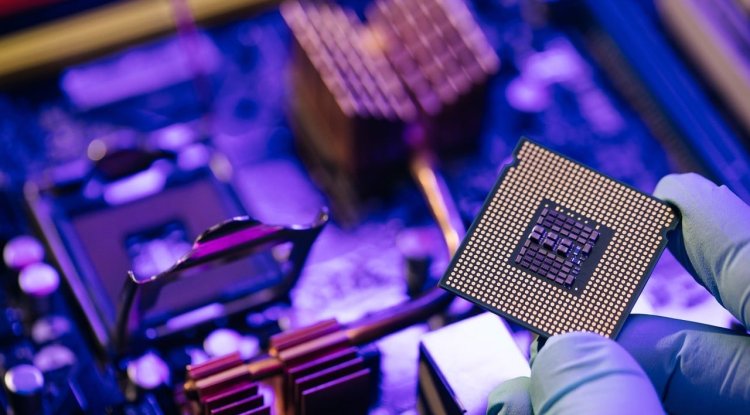 Intel is preparing a new, most efficient gaming processor, but we will have to wait a little longer for its premiere. It seem like some people already have access to this CPU.

We are talking about the Core i9-12900KS model, which was talked about at the end of last year. The layout was officially announced at CES 2022.

The snippet with the CPU presentation starts at 4:45.

Actually, we are dealing with an overclocked Core i9-12900K model, which is to offer even better performance. More efficient P-Core cores in a single-threaded load accelerate to 5.5 GHz, and in a multi-threaded load, they are to reach 5.2 GHz. The manufacturer left the multiplier unlocked, so nothing stands in the way of increasing them even more.

The KS model is going to be the most efficient gaming processor thanks to the increased clock speed (it is competing with AMD Ryzen 7 5800X3D model in this respect ). Will it really be so? We will figure it out after the premiere.

The shipment of processors will start at the end of this quarter. It is not known whether the processor will go to a traditional sale (and if so, how much it will cost).

However, it seems some people already have access to the Core i9-12900KS model. The Chinese Taobao website has an offer to sell a processor with a screen showing the performance of the unit (additionally overclocked to 5.4 GHz on all cores).

If you want to buy a processor before the premiere, the prohibitive price may be a problem. 12900KS was valued at 29,999 yuan, which according to the current exchange rate corresponds to about $ 4.700.