The HDMI Consortium has created another controversy over the HDMI 2.1 standard by declaring 2.0 dead and further softening 2.1. 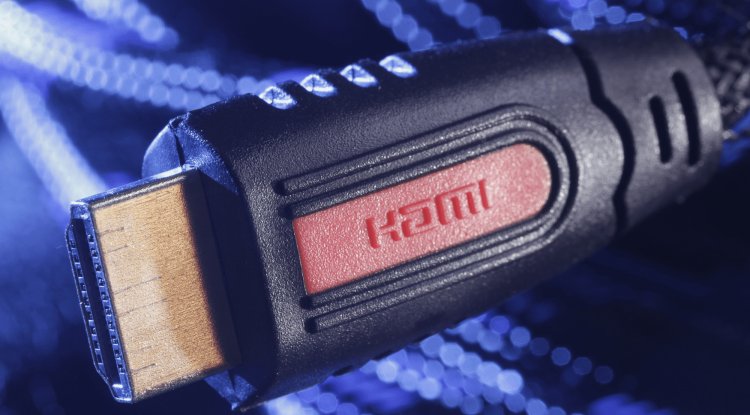 The HDMI Consortium has created another controversy over the HDMI 2.1 standard by declaring 2.0 dead and further softening 2.1. In the end, the customer can only rely on the fact that the socket under 2.1 is available and the plug fits.

The topic of HDMI 2.1 is currently making the rounds once again based on a report from TFT Central, which rightly warns of the standard. Although HDMI 2.1 is a precisely specified standard of the HDMI Licensing Administration, the licensing of the logo is not tied to compliance with all points defined in the standard. This has been the case for a long time and that's why it was last warned in May 2020 against blindly trusting the HDMI 2.1 feature: "If you expect a certain function from HDMI 2.1, you should check carefully whether it is really supported."

The topic in 2020 was that many devices do not support the full 48 Gbit / s bandwidth, but are equipped with only 40 or 32 Gbit / s and use FRL (Fixed Rate Link) with DSC (Display Stream Compression). Even then it was clear that additional features such as ALLM (Auto Low Latency Mode) and VRR (Variable Refresh Rate) are not part of the HDMI 2.1 logo for gamers. So users had to check individually whether HDMI 2.1 devices offered these features. This is annoying for users because there are many details that are not so easy to access, such as the fact that the Xbox Series X supports 40 Gbit / s. Microsoft had hidden the information in a press slide, which said: "HDMI 2.1 10 Gbps FRL with DSC enables HDR 444 YUV and RGB @ 8K60p".The Playstation 5 even only supports 32 Gbit / s.

The return of the topic in the media

A monitor from Xiaomi made the topic popular again. One promised HDMI 2.1 with an asterisk and the asterisk text reads like the package insert from the pharmaceutical industry. In the end, there isn't much left of the expected HDMI 2.1 features and it gets even more opaque. In short: The Xiaomi product is licensed with HDMI 2.1 but supports the old TDMS protocol (Transition Minimized Differential Signaling). This is included in HDMI 2.1 for reasons of downward compatibility and this combination is equivalent to HDMI 2.0 - 18 Gbit / s in terms of bandwidth. This logically limits the options for which resolutions, repetition rates, and color depths can be used. In this case a maximum of 1,920 x 1,080 and 240 Hertz. This makes the monitor a product

This brings us to the core of the problem: HDMI 2.1 stands for a specification, but not for a guaranteed range of functions for products advertised with it. If you want to use certain resolutions with repetition rates and color depths without compression, you have to find out exactly what the product really supports in advance. And that applies even more to additional skills such as ALLM and VRR.

TFT Central has explained the matter in great detail and the article is worth a look. In particular, because the HDMI consortium received an opinion on the case. And that makes the matter particularly exciting, which therefore applies:

The bottom line is that all HDMI 2.0 devices are now HDMI 2.1 and the user must always check whether his desired capabilities are given. The combination of maximum resolution, frame rate, color depth (keyword bandwidth and compression ) as well as all the special functions possible under HDMI 2.1 such as ALLM and VRR can be checked. In principle, HDMI 2.1 only says that there is a physical connection for the standard and that the device can process these signals.

The misunderstanding is due, among other things, to how some of these industrial consortia work that license themselves here. The HDMI consortium (found in 2002 by Hitachi, Matsushita, Philips, Silicon Image, Sony, Thomson, and Toshiba) does not have a particularly stringent licensing procedure for HDMI 2.1 and licensees can advertise it quite freely without having to meet all of the specifications.

The VESA is an alternative to the HDMI consortium, which was founded in 1988 by NEC and eight graphics card manufacturers (ATI Technologies, Genoa Systems, Orchid Technology, Renaissance GRX, STB Systems, Tecmar, Video 7, and Western Digital / Paradise Systems) and is currently being awarded the logos - such as DisplayHDR and DisplayPort today - are stricter. Here, too, efforts are of course made to accommodate paying members when promoting their products, which results in DisplayHDR True Black. In principle, however, the award is tied more closely to the specifications.

The USB Implementers Forum, which was founded by Compaq, Digital, IBM, Intel, Microsoft, NEC, and Nortel, was also annoyed recently. Here the assignment of names and logos is also more strictly tied to the specifications, but the names drove unsightly blooms under USB 3. x, including renaming from USB 3.1 to USB 3.2 Gen 1 and Gen 2 as well as current names such as "USB 3.2 Gen 2x2".

Some people may also feel reminded of the HD logos that EICTA launched in 2005 and the use of which was handled quite laxly so that the customer was once again dependent on obtaining detailed information themself. And the promotion of current 4K / 8K UHD devices is not without controversy.

Atos - the next generation of hybrid supercomputers