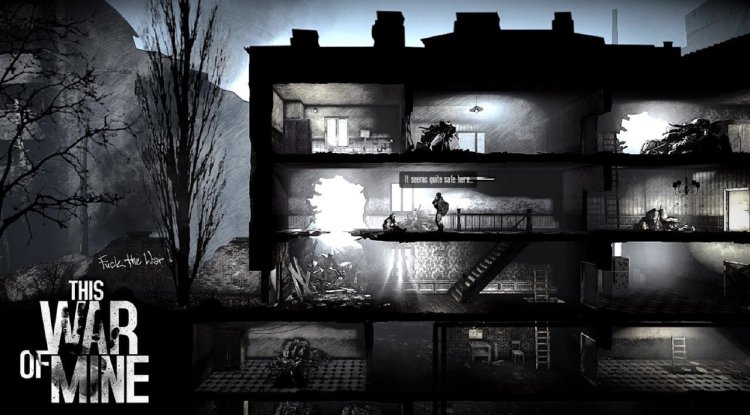 The Polish development studio 11 Bit Studios had announced that it would donate the proceeds from the next few days of its anti-war game This War of Mine to the Ukrainian Red Cross. Now the title is suffering from bad ratings on Steam - from Chinese users.

In the wake of the Russian invasion of Ukraine, Polish game development company 11 Bit Studios has declared solidarity with Ukraine. 11 Bit Studios are also the makers of the anti-war game This War of Mine. The developers have stated that they want to donate all of the game's proceeds to the Ukrainian Red Cross over the next few days. Now the game on Steam is apparently suffering from review bombing by Chinese users.

As the user Mordarto first shared on Reddit, the reviews of the Polish anti-war game This War of Mine are currently gathering a lot of negative criticism. These apparently come mainly from Chinese users who do not approve of the Polish developer's declaration of solidarity with Ukraine. The People's Republic of China has sided with Russian President Vladimir Putin in the wake of the Russian invasion. Accordingly, Chinese users probably see it as patriotic to want to boycott statements of solidarity from Ukrainian supporters.

However, some users of other nationalities also denounce the way in which the Polish studio 11 Bit Studios wants to support the Ukrainian Red Cross. Instead of wanting to pass on the income from Steam sales to the organization, they warn that one can also donate directly to the Red Cross. After all, 30 percent of Steam sales initially went to Valve.

In other news, open the door to enter the metaverse with confidence! Accelerate the development and deployment of VR / AR software with the FSP HIDRO GT Pro Series power supply. By providing a stable and efficient power supply on demand for high-speed computer hardware.

With features such as a + 12V single rail design that show the engineering power of the next level of the FSP Group. The HIDRO GT Pro Series power supply focuses on an excellent performance with high-intensity graphics cards on the market. Providing stable power helps protect the unit from any state of overload. In addition, the two sets of 4 + 4 pin ESP12V connectors available in the HIDRO GT Pro Series power supply are ideal for energy-hungry motherboards.

The new HIDRO GT Pro Series power supplies allow you to play games quickly with no load for delicate system components. They allow players to enter meta-versatile AR / VR experiences opening up the possibility for players to indulge in AAA games without restriction.