After Maleficent and the Joker, another antiheroine arrives who is not so bad, she is just a little misunderstood

We live in a world where nothing is black and white anymore, except maybe, zebras or Cruella De Vil's hair color. It is in the new film about the mentioned Cruella that we see that even the worst villains we remember from childhood have the right to their own story in which they explain to us what they are like. 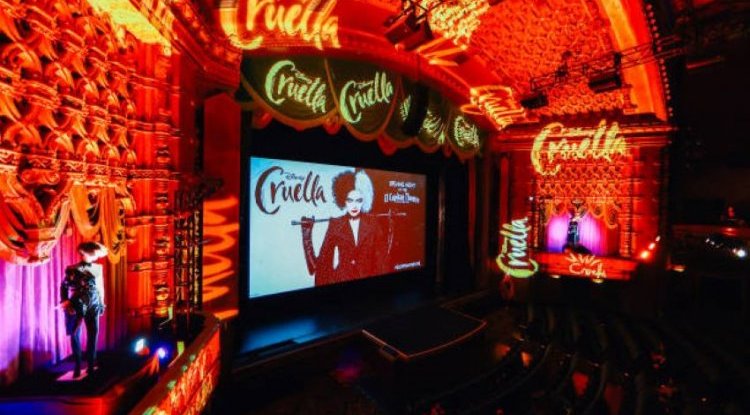 In the last few years, we have already witnessed the trend for the bad guys to get their films, that is, what is nowadays called the origin story. Now, of course, there is too much money in the game to dedicate the film to a real villain without virtues, so these stories are mostly excuses for why these characters turned out like that. From the fairy Maleficent from a year ago and the Joker who was shaped by putting together his mental illness and the immoral, ruined society, and finally to Cruella. The woman, we know from cartoons about Dalmatians. In those cartoons and later in some movies, Cruella is such a horrible character that she wants to skin dogs and make a fur coat with black and white polka dots. How do you make such a character relatively ok and a decent person?

So by bringing her back to her earliest childhood first. Let's follow her entire problem but, above all, the children's story. A story about a misunderstood and mischievous kid prone to art. After one gala dinner, little Estella (yes her real name is Estella, Cruella is a dark alter ego) witnesses her mother dying, and watch out now, she is being killed by the Dalmatians of the evil Baroness. So little Estella has a certain animosity towards this type of dog from the start. She continues to live with two friends on the street, where the three of them become a thieving team, and at the same time, she sews their costumes. Little by little and there she was. She started working for the Baroness who becomes her mentor, teaches her that she must be cold-blooded and calculated in the fashion world if she wants to succeed. And before you can say the Devil wears Prada, Estella becomes Cruella, wanting to avenge her mother, by becoming an anarchy fashion designer who brings punk to the London fashion scene. Of course, considering the dual identity of the main actress. There are a lot more things to talk about because the film lasts as long as two hours and fifteen minutes, but let's not spoil everything now.

The film is a bit chaotic and drives in all directions, but if you accept that as a way of traveling, then you will have great fun. This fashion war between an old and absolutely evil fashion icon and a young rebel who still has a chance to save herself and not become a bloodthirsty killer is the one in the spotlight. And if we look behind it all, there is a subcontext of the conflict between the cruel capitalist industry and the new current way of thinking, which hides the views of the working class under the volume of punk, where new materials are not used but old ones are redesigned and fashion shows are spectacles that anyone can come to. Cruella and Estelle represent a classic arty design student we all know, who will cut the sleeve, dye her hair an unexpected color or put a pin where the button is needed. Emma Stone is probably the best choice for this role, especially when things start to get complicated and when she starts joking. And as she herself says at one point, the people need to believe in the villain, so she allows them to think that she would kill Dalmatians, even though the reality is completely opposite. It’s all for the benefit of punk marketing.

The real Cruella, that is, the person who is an absolute villain without a touch of humanity in her is the Baroness. She is played by the masterful Emma Thomson. The film is full of great comedy miniatures, and it would be a shame to single someone out, although Paul Walter Hauser stands out in the role of Cruella's faithful companion.

The problem that arises is that it remains a little unclear for whom this film was made, because it may be a little darker for children, and yet too Disney for a serious audience. If you are levitating somewhere between these two categories, then get ready for the party. And if your kids happen to like the movie, then let them play the soundtrack, and maybe try and play them the Velvet Goldmine movie afterward, and everyone is ready to gravitate towards an art school in the future.

I don't know what Hollywood is up to after the Joker and Cruella, and which next villain we are preparing redemption for, but if we backtracking on the reasons of why people are evil, we can very easily get to Adam, Eve, and the Serpent who gives them the apple. Maybe that snake wasn't a bad character at all in private, who knows.