New microcode with support for other processors or to improve stability is regularly made available to mainboard manufacturers by AMD. 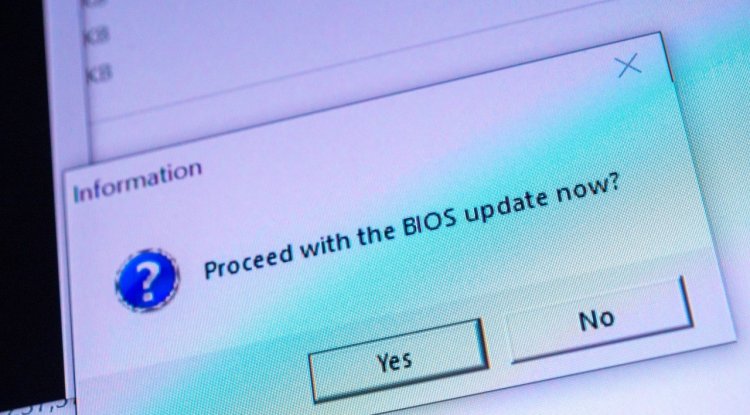 New microcode with support for other processors or to improve stability is regularly made available to mainboard manufacturers by AMD in the form of AGESA version updates. But is it always worth installing them? Read below why you should currently not perform a BIOS update on your Ryzen system.

In the AGESA versions, AMD provides the mainboard manufacturers with the firmware for its processors, which is intended to bring new features and, above all, stability to the current platforms. However, the new versions do not always bring hoped-for advantages. If one believes in the case of AGESA v2 1.2.0.5. various forum entries and the actions of some mainboard manufacturers, this version brings with it problems.

The new firmware, which is now also offered by many mainboard manufacturers in the final BIOS versions for their mainboards, removes functions for the first time that had been continuously expanded up to AGESA version v2 1.2.0.3c. In the test at Computerbase, the editors found clock drops in the single-core boost of up to 100 MHz and in the multi-core boost of up to 150 MHz. The new firmware also truncates the options in the PBO menu and causes performance issues with the second CCX.

A possible downside of the new AGESA version is a lower FCLK clock and more WHEA-19 errors when overclocking the Ryzen processors. Since some mainboard manufacturers do not allow BIOS downgrades, we cannot recommend an update to new firmware with AGESA v2 1.2.0.5 at this time, unless there are massive problems with the previous version. MSI had temporarily released the current version of the AGESA code as the final BIOS and has now switched back to previous beta versions, while Biostar and Gigabyte also have problems with lower clocks and lowered voltages with the new AGESA version. Asus, on the other hand, does not offer any final BIOS versions with AGESA v2 1.2.0.5 but continues directly with v2 1.2.0.6b.

As of the current status, AGESA v2 1.2.0.3c is a safe version, which also still offers all configuration options for overclocking using PBO and CBS, and also allows for stable running, higher clock, and set voltages.

In other news, when the Ryzen 5000 series was released, the prices of all models, but especially the six-core Ryzen 5 5600X, were scolded. With an RRP of $340, it was on the same price level as the eight-core from the previous generation. It held this price for a long time, but due to competition such as Intel’s Core i5-12400F, the price for AMD’s six-core processor is now falling. Read more about the current prices of AMD’s line-up below