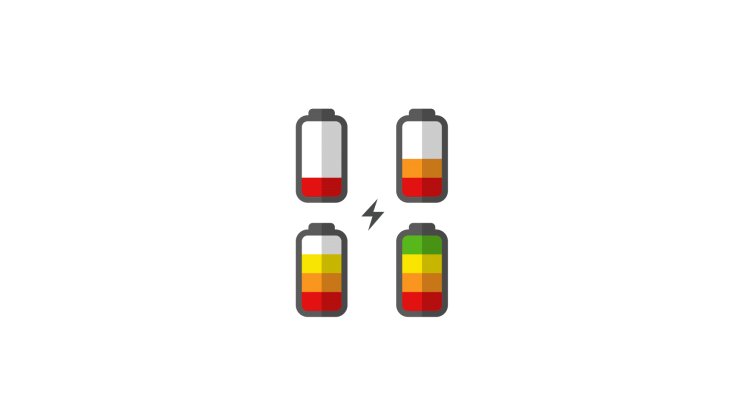 In every smartphone, the battery occupies the largest volume inside. In addition to various chips, capacitors and printed circuit boards, the battery is a key component that determines the autonomy of your device. Each battery is charged and discharged on a daily basis and degrades over time until it needs to be replaced with a new one, so that your phone can still be used.

Nobody likes the heat

One thing that is not good for batteries is the high temperature. Simply put, it is one of the biggest enemies of batteries. They certainly don’t like the cold, because it reduces their autonomy, but it’s only temporary until the battery heats up.

Most phone batteries can operate safely up to temperatures around 30-35 degrees Celsius. Anything beyond that will permanently destroy the phone battery. There are many examples of what not to do with batteries when it comes to heat. Avoid leaving the phone in direct sunlight, especially charging them in the sun or placing them in front of the car’s air vents while driving. Even those compartments on the car just below the multimedia and ventilation can be quite warm places when our heating works, and it’s always kind of convenient to place the phone there.

Most modern phones, especially higher-end ones, have protection systems that simply turn off the phone when it gets too hot to prevent further damage, but it’s always better to avoid situations like this than to think about why your phone turned off.

Zero is not good either

Another thing that does not suit the phone battery is complete discharge. Once upon a time, with older Ni-Mh batteries, there was a battery “formation” procedure that involved cycles of fully discharging and fully charging the battery, so that the internal sensor was better calibrated and more accurate, and the battery had better autonomy.

Meanwhile, technology has advanced, and new batteries have a completely different nature. When your battery drops to 0%, it can be bad and affect the life of your phone. Of course, when this happens from time to time, it’s not such a big problem, but if it often happens that your phone turns off because your battery is empty, that’s not good.

Modern batteries prefer to charge them several times a day, rather than keeping them on the charger overnight, even when charged. Modern batteries charge the fastest when they are empty, while charging capacity requires more and more electricity to push electrons inside the battery, so sometimes the 85-100% charging process can take as long as a 0-85% charge.

If you know that you will not use the phone for a while, one of the mistakes we all make is charging the battery to 100% and placing the phone in a drawer. Whether you keep your old phone as a backup or keep it to give to someone at some point, it is better to discharge the battery to about 50-80% before storing it. You also need to turn on your phone from time to time to see if the battery has not been accidentally completely discharged.

Storing a phone with a full battery is not good for its lifespan, so if you’re really storing some phones, you’d better drain the batteries a bit so that their autonomy stays at the level you remember when you turn them on again.

Batteries are complicated, but not so much

The science behind batteries is not that complicated in itself, but you need to have some basic knowledge to maintain autonomy at an enviable level. As long as you avoid these extreme situations that we have written about, the health of your phone’s battery will be at a high level. See the most common mistakes in the video below.

Unfortunately, many factors affect battery life, but none of them make as much of a difference as the things we listed. If you caress and take care of your phone and store its battery, be sure that it will take at least a year and a half to two days before its capacity drops below 80%.