Gigabyte does not have a good reputation in the community when it comes to power supplies due to the risk of fire. The manufacturer wants to change that. 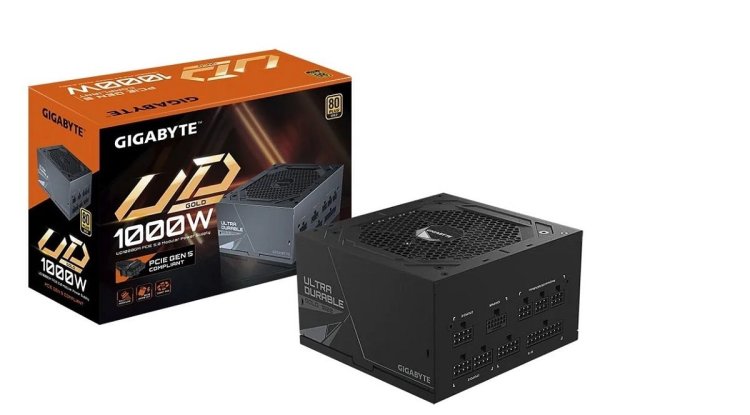 Gigabyte does not have a good reputation in the community when it comes to power supplies due to the risk of fire. The manufacturer wants to change that with a new model with a long warranty and a PCI-E 5.0 power connector. Read about Gigabyte's new UDM1000GM PG5 below.

Before the launch of the Geforce RTX 3090 Ti, Gigabyte is introducing the UDM1000GM PG5, a new power supply in the 1 KW class that is equipped with the new PCI-E Gen 5 power connector. The PSU itself is a fully modular model with an 80 Plus Gold certification and a 120mm fan.

With regard to the new power plug, however, there still seems to be some confusion from the manufacturer. The plug is correctly specified with up to 600 W, but Gigabyte uses four different names for the new power connection in the description. Admittedly, the official name of the specification is not catchy "12VHPWR", 12+4-pin cable, which is probably the most sensible name since there are twelve power lines and four data lines, 16-pin cable, and PCI-E Gen 5 cable.

Gigabyte has not yet announced a release date or a recommended retail price for the UDM1000GM PG5. In view of the fact that the Geforce RTX 3090 Ti should be released in January and its launch should be imminent, it can be assumed that Gigabyte, like the other power supply manufacturers, will launch its new models with 12+4-pin connectors as soon as possible want to bring.

In other news, despite the increasing power consumption of graphics cards, there are more and more Mini-ITX systems in which users install the latest high-end hardware in the smallest possible space. This is often accompanied by smaller form factors for the power supplies and little space for assembly. Phanteks follows this trend and has now presented a new case with a party trick and SFX power supplies.