Apple has scheduled an "Unleashed" event! - What are they preparing for us?

Today has been exactly a month since Apple unveiled the new iPhone 13 series, which includes four models, and which arrived as direct successors to last year’s iPhone 12 models. 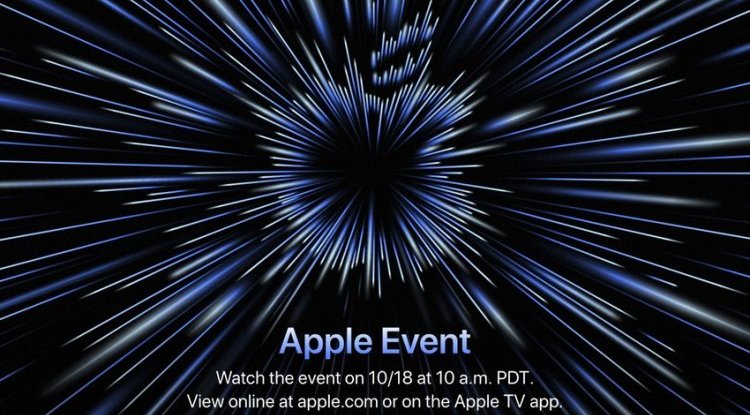 Today is exactly a month since Apple unveiled the new iPhone 13 series, which includes four models, and which arrived as direct successors to last year’s iPhone 12 models. Apple has now announced a new event called "Unleashed".

The "Unleashed" event will be held on October 18, 2021, ie in 4 days, and of course the announcement of the event does not say what Apple will present at this event. Still, it is almost certain that Apple will present a new generation of M processors on it, as well as new Mac models. It is expected that a MacBook Pro will be introduced, which will be powered by a successor to the M1 processor, but there is a possibility that a Mac Mini with the same processor will be introduced.

The new processor, new Macbooks and new Mac Mini will arrive a little earlier this year than their predecessors. We will remind you that Apple introduced the M1 processor for computers, two Macbooks, and a Mac Mini in November last year. But the biggest focus was on the M1 processor, which is an octa-core processor that is manufactured in a 5 nm manufacturing process and has 16 billion transistors. This processor has 3x better performance at the same power consumption compared to competitors. The GPU of this processor has 8 cores, and Apple stated at the presentation that this is the fastest integrated CPU on the entire market. The processor has four power-saving cores that have 4 MB of L2 cache, and four large cores that have 12 MB of L2 cache.

Both the MacBook Air and MacBook Pro come with this processor, just like the Mac Mini.

See what LeBron James looks like in the new trailer for "Space Jam 2"!

A new update for Returnal has arrived that introduces Photo Mode and S...

Desktop Instagram finally gets the option to add new photos and video...