Battlefield 2042: The break is finally over

After a month's break since the announcement of the new roadmap for Battlefield 2042, the developers were initially silent. 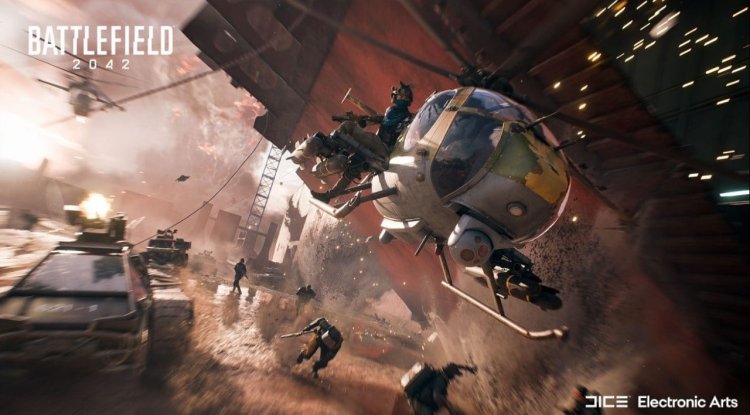 After a month's break since the announcement of the new roadmap for Battlefield 2042, the developers were initially silent. But now there was a sign of life from the developers and it should finally go on. Or not?

At the beginning of February 2022, the developers of Battlefield 2042 spoke up with a major developer update and swept the rumors about Free2Play off the table. At the same time, they presented their plans and a roadmap for March and the following months. After about a month it's finally going on. Or not?

Battlefield 2042: The start of the feedback loop is delayed by a few days

With a tweet, however, the lead community manager Adam Freeman from Battlefield 2042 drew attention to himself with an initial delay. Actually, the team initially wanted to start the "feedback loop" between EA, Dice, and the Battlefield community next Monday, February 28th - i.e. get feedback on the proposed changes. Now Freeman apologizes via Twitter that this date will probably fall on Wednesday. But only on Monday will he be able to be sure when fans can expect something concrete. At the same time, he apologized that the previously announced date could not be met.

Battlefield 2042's first season is set to be pushed back to early summer - around May or June. The next update for the online shooter should appear in early March and implement the scoreboard. Further updates after that should include features like VOIP, player profiles, a revised ping system, a more compact troop loop, and an improved reward loop. At the same time, the firefights and the specialists will be taken care of in order to analyze and improve them.

In other news, as the weekly community mission is currently suspended, this week’s reward is also disabled. Players who want to receive this week’s reward can no longer unlock it. Fortunately, many Battlefield 2042 players from the community show understanding for this action by Electronic Arts and DICE on Twitter. The measure is all the more understandable when you consider that the reward would have been a skin for a Russian helicopter.

Players who have already completed this week’s mission and received the reward are not further affected by EA’s action. EA announced that weekly missions will start again next week. A player also asked via Twitter if the skin would be available again as a reward in the future. EA Studios‘ lead community manager Adam Freeman replied that the decision had not yet been made. Once the weekly missions resumed next week, the challenge and reward would be different.