While much of the world is planning to switch to clean energy, bitcoin miners are not looking too closely at the carbon footprint of their business and are taking big strides forward. 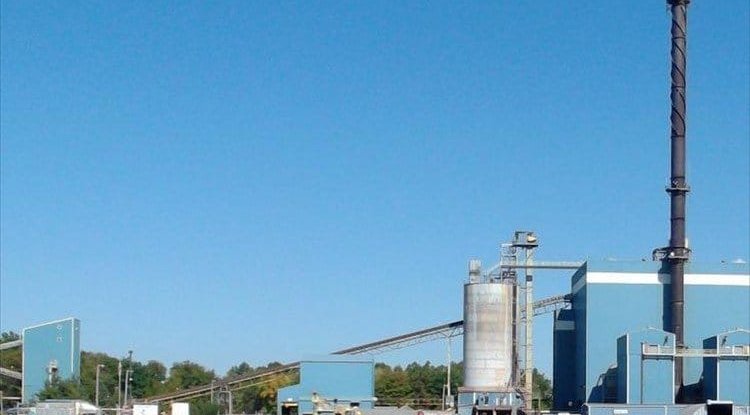 We have already had the opportunity to see how bitcoin mining has breathed new life into old thermal power plants. Primarily in the U.S., mining plants can be found in or near power plants so they could exploit surplus energy produced that is not needed by the power grid. In this way, the power plant functions more efficiently, and miners get slightly cheaper electricity to create bitcoin. But a whole new level of such cooperation has been reached recently in the state of Pennsylvania.

The Scrubgrass coal-fired power plant in Venango County was on a financial slump but was then completely taken over by Stronghold Digital Mining, a cryptocurrency mining company. They bought the power plant so they could run their powerful mining computers, parked in containers next to the power plant. The company advertises itself as vertically integrated and environmentally conscious, but burning large amounts of coal can hardly be as “green” as they would like to portray it.

They turn one waste into another

Namely, the Scrubgrass power plant burns waste coal (tailings), a material that remains after coal extraction and is very harmful to the environment. It usually remains in large piles near mines, and over time it can pollute the soil and water, thus significantly negatively affecting the plant and animal ecosystem. Power plants like this burn that waste and produce energy, reducing its direct impact on the environment, while generating large amounts of carbon dioxide and other greenhouse gases that end up in the atmosphere.

At Scrubgrass, about 600,000 tonnes of waste coal a year can be used in this way, which would run about 1,800 mining computers that Stronghold will have on its local mining farm. Their expansion plans, on the other hand, are even more ambitious, so by the end of 2022, they plan to have as many as 57,000 such computers. For that reason, they intend to buy at least two more similar power plants in the region.

The company says it is preparing to offer its shares on the stock exchange soon and boasts of its environmental business. “Simply put, we use 21st-century cryptocurrency technology to eliminate the negative effects of 19th and 20th-century coal mining in some of the most environmentally neglected regions of the United States,” Stronghold describes its mission. In June this year, they raised $ 105 million in new investments for their further development.