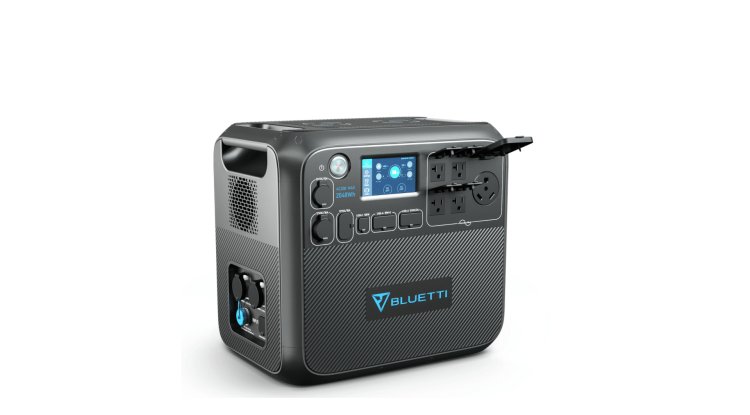 The BLUETTI company has accomplished the seemingly impossible by taking a significant step forward in the world of power stations, and it has done so in a big way, thanks to the launch of its new expandable Power Station AC200MAX and AC300 stations, two solutions that, as we will see in this article, position themselves as two of the best models within their category and price range.

Both charging stations are lightweight, modular, and extendable. In this regard, we must emphasize something very important: they are truly portable, which means we can transfer them in complete comfort regardless of our physical state, and their modular form allows us to minimize the weight to avoid injuring ourselves when moving them.

The BLUETTI AC300 power station is a substantial improvement over the EP500 Pro variant, which made quite a stir on Kickstarter. This new model has a completely modular design, a power of 3,000 watts, and uses B300 battery packs, allowing us to multiply its autonomy and adjust it to our actual demands, resulting in greater flexibility.

We can install up to four B300 battery packs in total. Each pack has a capacity of 3,072 Wh, thus when all four packs are connected, we will have a capacity of 12,288 Wh. Without a doubt, the BLUETTI AC30 0 is impressive, but the best part is that owing to its innovative PowerOak BLUETTI MPPT controller, it can receive up to 2,400 watts of solar charging. This means we could charge a B300 battery with solar energy in less than an hour and a half.

If we utilize two or more B300 batteries, we can reduce the time it takes to recharge the batteries by charging them with solar energy while still connecting to the power grid. This would give us a total of 5,400 watts, which would cut charging times by more than half if we just used solar energy.

Isn't it fascinating? But you're probably asking what kind of dependability and lifespan we may expect from B300 batteries. It's a good question, and we're not going to leave you hanging. The BLUETTI AC300 employs LFP batteries that have been subjected to over 3,500 charge cycles until they reach 80 percent of their original capacity, implying that if we completed one cycle per day, they could have a useful life of roughly 10 years. When a battery runs out, we can quickly replace it thanks to its modular design, and we can control the condition of the batteries and the major functions of the BLUETTI AC300 via a free mobile app thanks to its Bluetooth connection.

This is BLUETTI's first modular solar power station, and it is also one of the greatest solutions available on the market right now, in terms of design and construction quality, as well as reliability and performance. Externally, the BLUETTI AC200MAX preserves the line of the AC200P model, but introduces significant technical advancements, and is developing as an attractive adventure companion for those trips where we want to enjoy the outdoors without having to sacrifice anything. to a dependable power source.

The BLUETTI AC200MAX may be charged using both solar and electrical energy. Solar energy may receive up to 900 watts, whereas electrical energy has a power input of 500 watts. If we utilize both, the combined charging power will be 1,400 watts, which means we will be able to recharge this model's batteries significantly faster.

This model comes with a B230 battery, which implies that by adding two B300 batteries, its maximum capacity may be increased to 8,192 WH.

With the BLUETTI AC200MAX power station, we will have a maximum sustained output power of 2,200 watts, a very good value that will allow us to power even machines with high energy demand, such as refrigerators, ovens, and coffee makers, without any problems. It also features a Bluetooth connection and is compatible with the free BLUETTI program for both Android and iOS devices.

BLUETTI has confirmed that the AC200MAX is already available for pre-purchase on Amazon, and also through its official website.