Activision has announced a significant overhaul of Call of Duty: Warzone for this year. Infinity Ward should modernize Warzone. 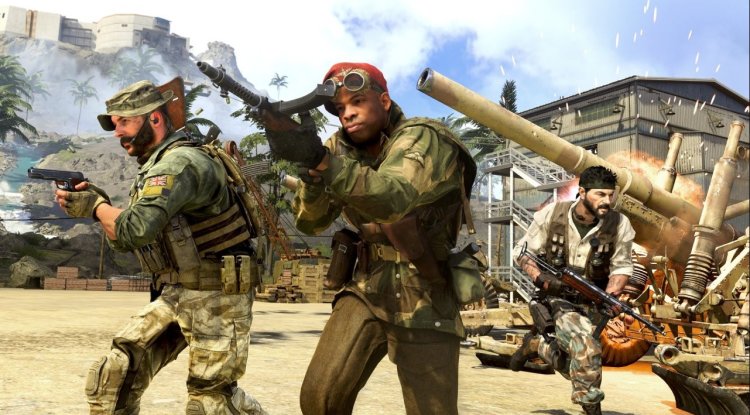 Activision has announced a significant overhaul of Call of Duty: Warzone for this year. Accordingly, Infinity Ward should not only develop this year's series offshoot but also modernize Warzone at the same time. Changes to the game structure as well as to the graphics are planned - Warzone should in the future use the same engine as this year's Call of Duty offshoot.

A blog post has been published on the Call of Duty official website, outlining the future of Call of Duty: Warzone. Accordingly, publisher Activision wants to significantly revise the game in the course of the year. Initially, the focus is on revisions that will be released together with the second season. Optimizations such as movement or performance should initially make the game less frustrating.

But this year there should also be bigger changes to the free-to-play game. Specifically, Activision has announced that both Warzone and this year's Call of Duty will be (further) developed in parallel by Infinity Ward. There should also be new design decisions and a sandbox mode for Warzone.

There is also talk of a new engine for both games. In practice, this is probably more of further development of the previous engine, but the end result is the same: the newer technology should bring one or the other graphic upgrade for Warzone. It is conceivable, for example, that Activision will release the engine update at the same time as the next-gen version of the game.

So far it is unclear to what extent Activision's announcement is related to the rumors about a Warzone 2. However, since a completely new successor for a free-to-play game like Warzone would be highly unusual, it is conceivable that there will simply be the announced, major revisions instead. With this, Activision would avoid the problem that when a completely new version is released, not all players might switch to the successor.

In other news, almost in the middle of this month of February, and just before some of the biggest upcoming releases of the year. We still have time to enjoy free games in the Epic Games Store. And that is that this week we find the beautiful Windbound, an adventure of exploration and survival accompanied by rich aesthetic and sound parts.

Repeating the usual model, the game will be available through the Epic Games website, requiring just a few clicks to add it to your library for life.

All you have to do is sign in with your Epic Games account and access the game page or add it directly from the Epic Games Store desktop app. Click on the small pop-up in the lower right corner of the homepage, or scroll a bit from the card stores to access the game file. Which will redirect us to the page of this title without resorting to a web browser.