Cooler Master Hyper 212 in the new version. It looks great

One of the most popular processor coolers is the Cooler Master Hyper 212. The manufacturer's offer now includes a new version of the cooler, which should be of interest to fans building a PC with the latest Intel processors. 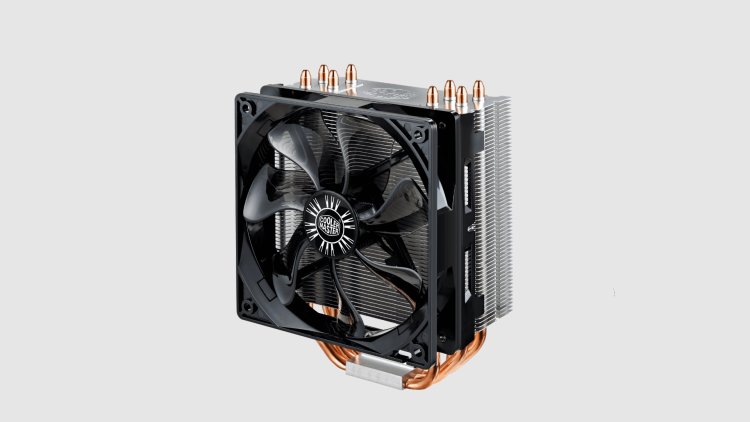 The manufacturer employed a black tower heat sink with four heat pipes that are in direct touch with the processor (Direct Contact method), allowing for more effective heat dissipation. The heat sink's top cover is constructed of anodized aluminum, which gives it a more intriguing appearance.

The cooler also has a new fan, the Silencio FP120, which features Silent Driver IC technology to assist reduce noise and improving the cooling work culture. The "propeller's" rotational speed can be varied between 650 and 1200 RPM.

The fan additionally has an RGB LED backlight that can be controlled by the extra controller or the motherboard firmware (lighting systems of all major manufacturers are supported: ASUS Aura Sync, ASRock Polychrome Sync, Gigabyte RGB Fusion 2.0, and MSI Mystic Light).

The updated cooling version is also more compatible. The kit includes clips that are compatible with all of the most popular AMD and Intel processor sockets (including the new LGA 1700 socket for 12th generation Core processors).