On this day, 22 years ago, the owners of the original PlayStation got their best karting game in Crash Team Racing. 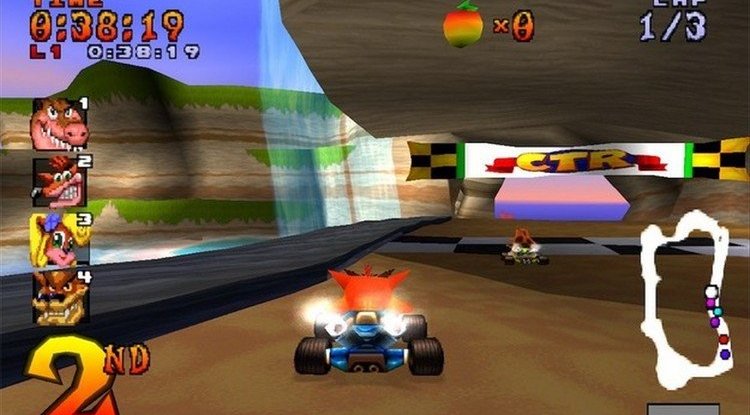 To this day, exactly 22 years ago, the PlayStation received one of its best exclusives. Crash Team Racing, directed by Naughty Dog, creators of today's Uncharted and The Last of Us series, took the characters of the Crash Bandicoot series to race on colorful and winding tracks.

That move was indirectly crossed out by Nintendo, which had been successful with its Mario Kart years earlier. But, as in the case of Mario Karto, CTR was initially developed as a game without recognizable characters, and instead of Crash and the team, cube-headed characters were placed. As soon as Sony got approval from the then Universal, famous characters were put into the game and the whole project was completed in just eight months.

There were five modes, eight characters, and 16 tracks available in the game. The game could be played in multiplayer by up to four players, and this required a multitap console add-on. Crash's race was well received and sold more than two million copies .

Four years later we also got a sequel called Crash Nitro Kart for PS2, Gamecube, and GameBoy Advance, but it didn't leave a big mark as a CTR under the new developer. Recently, Crash Team Racing has come to life as a CTR: Nitro-fueled for the PlayStation 4, Xbox One, and Nintendo Switch. This remake was also well received and introduced Crash's race to a new generation of players.