With Alder Lake, the first processors with DDR5 support have come onto the market. But is DDR5 RAM preferable to DDR4 memory? 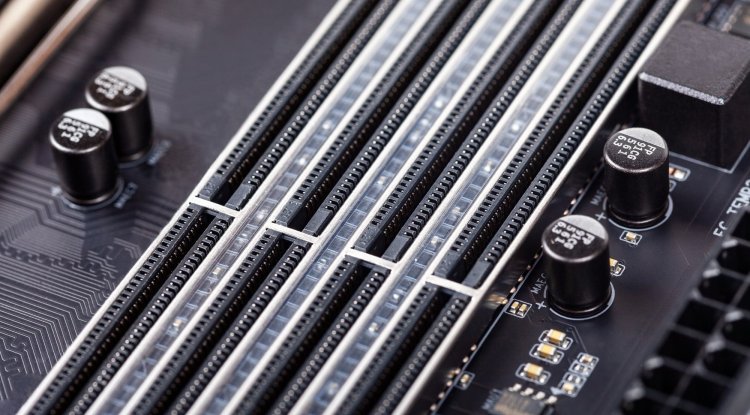 With Alder Lake, the first processors with DDR5 support have come onto the market. But is DDR5 RAM preferable to DDR4 memory? We do the application and gaming test with Intel's Core i9-12900K.

Intel's Alder Lake processors, the first desktop CPUs to support DDR5 memory, have been available since November 4. We conducted our tests of the Core i9-12900K and the Core i5-12600K according to the official specifications with DDR5 memory bars at a clock of 4800 MHz. However, Z690 motherboards are also available, on which DDR4 RAM can be installed. In this article, you will learn how big the performance difference between the two types of storage is.

Test system at a glance

It starts with the game benchmarks at a resolution of 1280 x 720 pixels. In this resolution, we are usually in the CPU limit, limit, and this is exactly when different memory configurations are most noticeable. Our starting point is the test system with DDR5 memory at a frequency of 4800 MHz, as we used this configuration for our CPU tests. On average, over all twelve games, we can measure a performance increase of between three and four percent if we activate the XMP 3.0 profile and operate the RAM at 6000 MHz. The configuration with DDR4 memory at 3200 MHz, however, it is on average six percent slower. Even due to a strong overclocking to 4000 MHz, the DDR4 RAM still performs almost four percent worse, but let's take a look at the detailed measurement results:

Assassin's Creed Valhalla and Red Dead Redemption 2 are two games in our test, in which we can determine virtually no influence of the MEMORY on the gaming performance. At least at the average FPS, the 99th Percentile is even slightly lower when using DDR5. A good counterexample is Hitman 3, which experience has shown to benefit greatly from memory. There is a good 18 percent difference between DDR4-3200 and DDR5-6000, but DDR4-4000 is just as fast as DDR5-4800, although the 99th percentile of DDR5 RAM is also worse here. We can measure the biggest difference in A Total War Sage Troy. This is a whopping 28 percent between DDR4-3200 and DDR5-4800. DDR5-6000 even extends the lead to 40 percent. Other games that benefit quite heavily from DDR5 RAM are Cyberpunk 2077, F1 2020 and Watch Dogs Legion. In Battlefield V, Borderlands 3 or Doom Eternal, on the other hand, the differences are in the low single-digit percentage range.

In the more realistic gaming tests in Full HD, the performance differences shrink significantly. This is also not surprising, since the graphics card begins to limit so slowly, which is why the performance of the CPU and the associated memory loses importance. As a result, the difference between DDR4-3200 and DDR5-4800 is only a good three percent and has thus halved. Also, the overclocking of the memory is no longer nearly as effective and makes only a performance difference of one percent. This difference is at best still measurable, but definitely not noticeable.

In the games Assassin's Creed Valhalla, Borderlands 3, Doom Eternal, Red Dead Redemption 2 and The Disivion 2 there are now virtually no performance differences. The significant lead in A Total War, which we were able to measure in HD, it shrunk significantly and is between DDR4 and DDR5 at a good nine percent. Close behind is Cyberpunk 2077, where the difference is still eight percent. In other titles such as Battlefield V, F1 2020, Shadow of the Tomb Raider and Watch Dogs Legion, differences in the range of four to six percent can still be measured. Whether the memory is overclocked plays a major role in Full HD, neither with DDR4 nor with DDR5.

Finally, the application tests from a wide variety of areas follow. When decompressing files using 7-Zip, larger variances can be measured as expected. The test system with DDR5 RAM at 4800 MHz is a good 16 percent faster than the setup with DDR4 at 3200 MHz. By increasing the RAM clock to 6000 MHz, an increase of six percent can still be measured. In many other tests - namely Blender, Cinebench R23, DigiCortex, POV-Ray and V-ray - the choice of memory has no effect on the final result. The scores determined by us are all within the scope of the measurement tolerances.

When encoding a 4K video in HandBrake, you can save some time with faster memory, but the differences are also small here. For example, the time required to use DDR4 RAM with 3200 MHz is just five percent longer than for the test setup with DDR5 memory at 6000 MHz. The same applies to image processing in DaVinci Resolve, whereby the gap is even smaller at just three percent. In the Adobe programs, the difference is then a bit greater and is in Photoshop from worst case to best case at seven percent. The DDR4 memory overclocked to 4000 MHz, however, achieves about the same result as the DDR5 RAM with the standard clock of 4800 MHz. Apart from 7-Zip, our measurements ultimately vary most in Premiere Pro. Here, the DDR5-6000 is at least a good 15 percent ahead of the DDR4-3200 a good five percent ahead of the DDR5-4800.