The DeLorean Motor Company would like to help the legendary car from the film series Back to the Future to make a comeback. 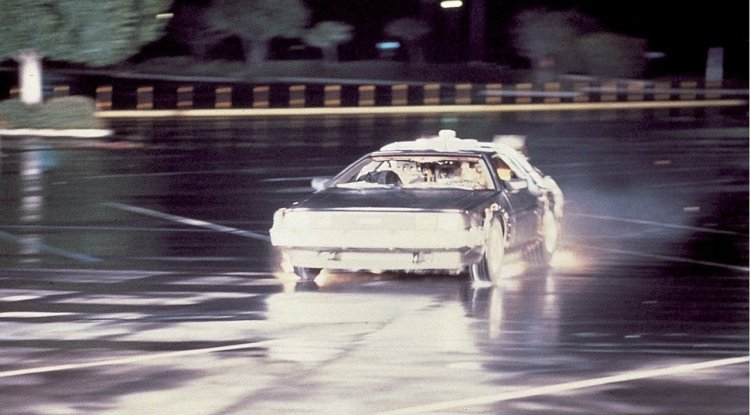 The DeLorean Motor Company would like to help the legendary car from the film series Back to the Future to make a comeback. The Gullwing is to be presented as an electric car before the end of this year.

In 1985, the sci-fi film Back to the Future premiered. There were three parts in all, in which Marty McFly and his friend Dr. Emmett Brown time traveled between the years 1885 and 2015. Commercial success for the first Robert Zemeckis film then led to two Back to the Future sequels in 1989 and 1990. The DeLorean DMC-12 became famous as a time machine in films. The DeLorean Motor Company has now announced that it will present the legendary vehicle as an electric car later this year. As can be read in a press release, DeLorean should stand for the luxury of the future. In addition to the iconic gullwing doors, the website only shows an illuminated grille so far.

DeLorean DMC-12 with an eventful history

A DeLorean DMC-12 can be seen in all three Back to the Future films. Between 1981 and 1982, the company around founder John DeLorean built around 9,000 copies. DeLorean himself was the first manager and later vice president of General Motors before resigning in May 1973 because he was not allowed to build "ethical" cars. DeLorean wanted to make a car that was safe, durable, and sustainable. Ultimately, as a freelancer, he developed a safety concept with airbags together with the former Pontiac engineer Bill Collins, which they had bought from the "Allstar" insurance company. In 1975, Giorgio Giugiaro's Italdesign designed the DMC-12, which was then developed using Lotus technology and almost completely dispensed with the safety concept. The production model suffered from quality problems. In addition, the company founder was targeted by the drug control agency DEA but was acquitted only to have to answer in court for embezzlement a short time later. Ultimately, the DeLorean Motor Company went bankrupt. The movie Driven also illuminates the story behind the car manufacturer from Northern Ireland.

The new DeLorean Motor Company is currently based in Houston, Texas (USA) and takes care of the restoration of the old DMC-12 there. The company intends to present a new edition of the legendary gullwing as an electric car before the end of this calendar year. It is not known when the car will go on sale and what it will cost. Already in 2013 and 2016, the new DMC wanted to sell the DeLorean as a new car but failed. It is not known whether a flux capacitor will be available for the new project.