FASTEST ELECTRIC MOTORCYCLE: It has a huge hole in it, and it is faster than Formula 1

The WMC250EV electric motorcycle can develop a speed of 400 kilometers per hour and is a real example of how power can't compete with smart thinking! 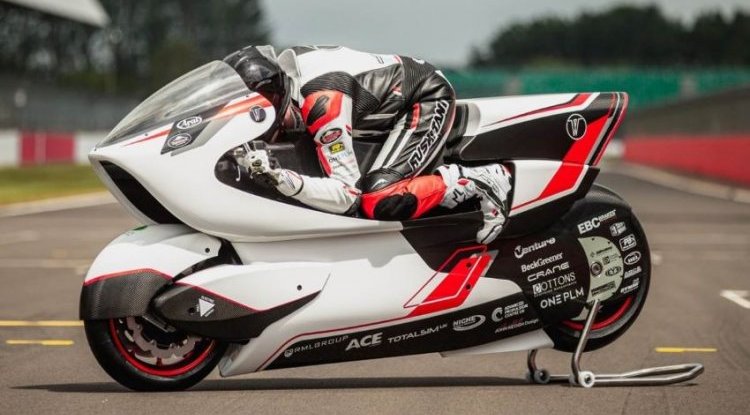 White Motorcycle Concepts has introduced the WMC250EV, a brand new electric motorcycle that they claim will reach a record speed of 400 kilometers per hour.

Its creator, Robert White, discovered that this vehicle develops so much speed due to its very smart aerodynamics.

In case you haven’t noticed, there is a large hole at the very top and center of this electric motorcycle that allows air to pass through it, instead of flowing around the motor, as is the case with similar vehicles. They found inspiration in the world of Formula 1, and this design reportedly reduces drag by 69% compared to leading motorcycles, allowing this engine to move at incredible speeds.

Its power comes from a unique electrical layout and power supply, the battery is located on the lower part of the motor for a better center of gravity and good weight distribution. The D-Drive powers the front wheel using two 20kWh batteries, while regenerative braking is also installed to preserve the power lost due to braking, which will be used to charge the batteries, reports HypeBeast. As for the rear wheel, it runs on two 30 kWh batteries, which means that this electric motorcycle has a total of 100 kWh (or about 134 BHP). The engine weighs 300 kilograms.

At the moment, the fastest electric motorcycle is the Voxan Wattman, and its top speed is 366.94 kilometers per hour. White Motorcycle Concepts is convinced that it will very easily "break" the limit of 400 kilometers per hour thanks to the smart aerodynamics of the WMC250EV, for comparison, a Formula 1 car can develop a top speed of 397 km / h. They did not reveal the range of this vehicle, or how long it can travel before the battery is discharged, as well as other specifications.