FINALLY NEW HUAWEI PHONE: The Nova 8i has a premium design and under its "hood" is Snapdragon 662 with a 66 V turbocharger!

The Huawei Nova 8i is the first phone to return Snapdragon to Huawei phones and will be sold globally. 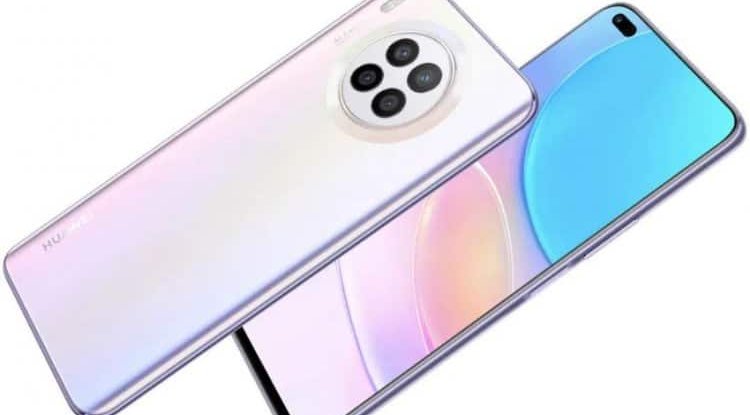 After four Huawei Nova 8 models that appeared in November and December 2020 and did not find their way to the global market, the Huawei Nova 8i arrives, a model that will be sold worldwide.

Huawei The new 8i is special in that it returns Qualcomm's Snapdragon chipset to Huawei devices.

The Qualcomm Snapdragon 662 chipset will be paired with 6 or 8 GB of RAM and 128 GB of internal memory for the hardware base when using multiple applications at once or playing games. Huawei AppGallery really gets more and more popular gaming hits, including Angry Birds, Lords Mobile, My Talking Tom, Top Eleven 2021, Smolsies, Homescapes, and others, so users will definitely have something to have fun with.

The phone has all the current Wi-Fi standards with as many as seven connected antennas (including radio network antennas) for playing without disconnection, and the screen has a response at the point of contact at a speed of 180 Hz for instant response to the touch.

The diagonal of the IPS LCD screen is 6.67 inches, which is about 17 centimeters, the resolution is FHD +, ie 2,376 x 1,080 pixels, and the refresh rate is 60 Hz. The screen is called the Edgeless Display due to the fact that it is surrounded on three sides by edges of only 1.3 millimeters, and in the upper left corner, there is a pill-shaped clip, in which there is a selfie camera with a resolution of 16 MP and a sensor for shooting assistance.

On the back is a circular camera system modeled on the Huawei Mate 40 Pro line of phones, with four cameras. The primary camera has a resolution of 64 MP, ultra-wide-angle is 8 MP with a shooting angle of 120 degrees, and there are two more cameras - a macro resolution of two megapixels and an auxiliary camera for side effects, frame calculation, and portraits of the same resolution and optics as a macro camera.

The design of the phone includes a new type of plastic back, which is more pleasant to the touch and has the so-called Huawei 4D effect making. It is available in three colors - blue,  holographic gray, and black - with an extremely thin and light case (190 grams). The fingerprint scanner is the same as on the Huawei P40 Lite phone on the right side, and there is a USB Type-C port on the bottom, while the headphone jack of three and a half millimeters this time is on the top. Users will enjoy the FM radio program, as well as stereo sound because the Huawei Nova 8i has a speaker on the bottom and top.

The 4,300 mAh battery charges at a speed of 66 watts and, unlike the competition, Huawei did not skimp - just such a charger is included in the standard sales package! Charging to half is done in just 17 minutes, and the battery is charged in less than 40 minutes, only 38. Thanks to AI algorithms, the battery is kept in perfect condition even during the fastest charging, and Huawei claims that the autonomy will be at least one full day.

Huawei Nova 8i connects to 4.5G network (LTE) has Bluetooth v5.0 connection, GPS with Galileo, Glonass, AGPS, and BeiDou connections, and the mentioned 802.11 a / b / g / n / ac 2.4 GHz / 5 GHz Wi-Fi support. It is still based on all Android 10 with EMUI 11 user environment, along with Huawei Mobile Services and AppGallery software and app and game store.

In the package with the phone, in addition to the mentioned 66 W charger and a transparent silicone case, a protective film has already been placed on the screen, headphones, and accompanying documentation. The price of the Huawei Nova 8i on the Malaysian market is 265 euros at the moment, and the European debut is expected soon.

What do you think about the Huawei Nova 8i phone?