God of War: Preload and activation for the first tech bang in 2022

The preload for God of War PC starts today, the release is on Friday, January 14th. For ultra graphics, you need thick graphics cards and processors. 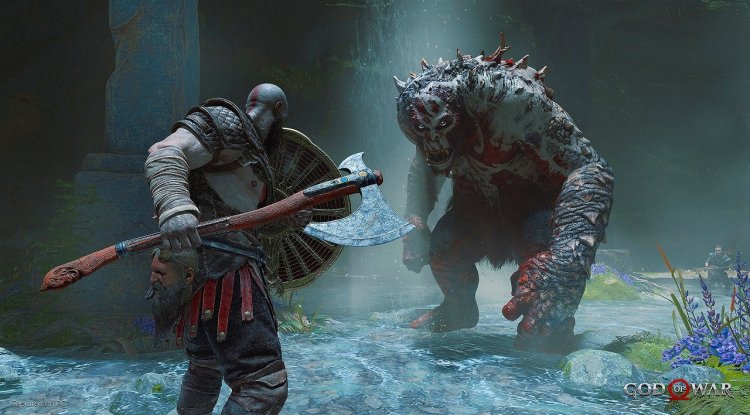 The game year 2022 starts with a technology club: The preload for God of War PC starts today, the release is on Friday, January 14th. For ultra graphics, you need thick graphics cards and processors.

In the first months of the new year, there are several technically demanding and performance-hungry PC games: God of War, Dying Light 2, Stalker 2. These are just a few of the titles that require the latest graphics cards and CPUs for high resolutions and maximum game details. God of War is starting this week.

The former Playstation exclusive game from 2018 will be released on January 14th, 2022 with technical renovations by the developer Jetpack Interactive. Sony Santa Monica, the developer of the original, monitors the PC port. As you can read on Twitter, the preload on Steam is possible this Wednesday from 5 p.m. local time. How big the download is, in the end, is not known, but it is known that you need 70 GB of space for the game itself - preferably on an SSD, because according to the developer, an HDD should only be fun with low graphics with 720p and 30 fps.

When exactly the activation on January 14th takes place, Sony has not yet revealed that. A release of the downloaded game files around midnight is quite likely, but still speculation at the moment. It could just as well be that the target is also here, for example, at 5 p.m.

If you want to optimally prepare for the PC appearance of God of War, you should keep an eye on your graphics card driver. AMD has already pushed ahead and offers more fps with the Adrenaline software 22.1.1 compared to December 21st. It should be up to seven percent with ultra settings for the graphics cards RX 6900 XT, RX 6800 XT, and RX 6700 XT compared to the previous driver. Even at Nvidia, it should be in time on January 14th. a new game-ready driver that includes special optimizations for God of War. After all, God of War supports Nvidia Reflex and DLSS on the PC. In addition, there are FSR from AMD and PC-exclusive improvements such as higher-resolution shadows, improved screen-space reflections via improvements to the pipeline for environmental occlusion through Ground Truth Ambient Occlusion (GTAO) and Screen Space Directional Occlusion (SSDO).