HOLLYWOOD THROWS ALL CARDS ON THE TABLE: Get ready for a blockbuster year!

One of the branches of the entertainment industry that suffered major blows during the pandemic is Hollywood. Filming of films and series was on a break, and Hollywood is returning to the big and small screens, with a slightly different strategy. 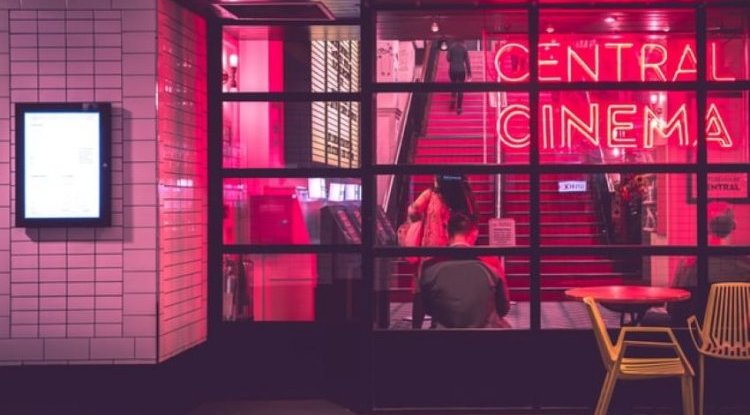 Instead of being overwhelmed with new films of A and B production, as every year, the pandemic has significantly reduced and extended the shooting of films and series and the biggest profits that films make - cinemas were empty for almost a year. Because of that, the producers had to choose carefully where they would invest their limited time and resources.

During the pandemic, a large number of streaming services experienced a renaissance period, with a steep increase in the number of users who were forced to stay at home due to quarantine. New streaming services have also appeared, so now the fight for a piece of that cake has become even fiercer. The established services have become even bigger, especially Netflix, HBO, Amazon Prime, Disney +, and Hulu, whose subscriber base is growing day by day.

In order to attract subscribers to its service, the fight for exclusives started, so the premiere of the reunion of Friends on HBO brought a huge interest in this network, either through the application, streaming service, or cable channels. Because of that, the producers did not hesitate, so after the initial offer of one million dollars for the episode, all six actors of the original cast received 2.2 or 2.5 million dollars for the special. This was reflected in the numbers when it comes to downloading the episode and the numbers in the download of the HBO application, which after the premiere became # 6 among the applications on Google Play and iOS. This allowed the entire platform to grow from 12.9% to 19.3% of the market when it comes to the number of downloads in the US.

Hollywood on the offensive

Two big hits with which Hollywood will test the situation after the COVID pandemic are Paramount A Quiet Place II and Disney's Cruella, and according to the results after a few days of screenings, it seems that the audience is eager for good movies, popcorn, and bad Coca-Cola. With a large number of cinemas open around the world, these two films show that people are ready to return to cinemas, more cautious, but ready.

According to film critics, both films are very good, so if you haven't seen them, you have the opportunity to treat yourself by going to the cinema.

Also, the list of new titles we're waiting for this year is also impressive, so we'll just mention the new James Bond, Top Gun: Maverick, and the Black Widow, as a sequel to the Marvel saga.

Meanwhile, Amazon Prime has high hopes for its new hit that will appear on July 2 on this platform - The Tomorrow War, starring Chris Pratt, known for the Marvel feature Guardians of the Galaxy. Action SF blockbusters are always a good reason to go to the cinema, so we will see if this film will soon be transferred to the big screens after the Amazon Prime premiere. We’ll just tell you that the film is full of action, shooting, and aliens, after all, check out the trailer.

The movie Werewolves Within, based on the Ubisoft VR game of the same name, comes to cinemas at the end of June, and takes place in the town of Beaverfield, in which the main protagonist finds a victim who acts as if he was attacked by a wolf. Citizens make a twisted group of various characters who go in search of wolves/werewolves, which is also the main idea of this horror-comedy.

Marvel is also preparing the title Eternals, which deals with a new topic within the Marvel universe - a group of immortal heroes who have been helping people for centuries. The trailer doesn't reveal much about what exactly the film is about, but we know that the cast consists of Gemma Chen, Angelina Jolie, Kumail Nanjiani, Selma Hayek, Don Lee, Keith Harrington, and many others. The premiere is scheduled for November.

There is another film whose premiere was postponed due to the pandemic - Infinite. The main actor is Mark Wahlberg, a man who is haunted by the memories that he does not recognize because he is infinite, a person who lived more lives in the past. He is also part of a secret group of warriors who want to save humanity from one of them, a villain played by Chiwetel Ejiofor. This film will first appear on the Paramount Plus platform on June 10, and we expect it in theaters soon.

At the end of July, Jungle Cruise is coming to Disney +, a comedy with Dwayne "The Rock" Johnson and Emily Blunt. Emily is also starring in the aforementioned movie "Quiet Place II". It is interesting that the film is based on a story that was developed based on Disneyland rides. After all, a good comedy should be funny, it doesn't have to have a story that will knock you off your feet.

More than 8.4 billion passwords have been leaked - see if yours are on...