Reinforced after the box office success of ' Venom: Let There Be Carnage ', Sony continues to unfold its Spider-Man Universe with new release dates. 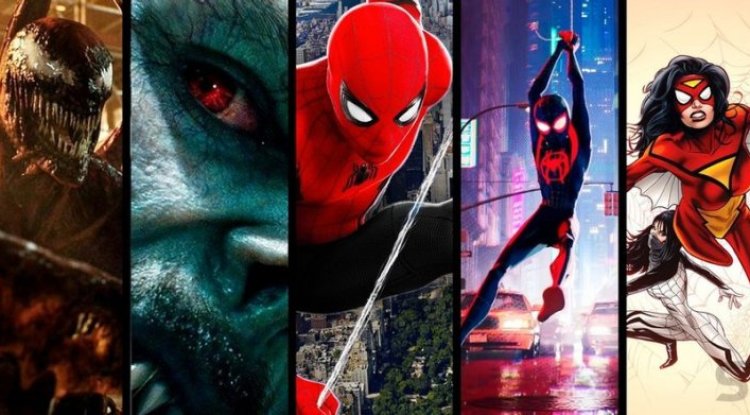 Reinforced after the box office success of ' Venom: Let There Be Carnage ', Sony continues to unfold its Spider-Man Universe with new release dates. Aaron Couch of The Hollywood Reporter has reported that the distributor has marked two new Marvel premieres on the calendar: one on June 23, 2023, and another on October 6, 2023. Neither the titles nor which characters will star in the films have been specified.

In 2023 as far as Marvel is concerned, January 13, 2023, was already marked by Sony as the day they intend to release the Kraven the Hunter film, which will star Aaron Taylor-Johnson and be directed by JC Chandor ( ' Triple frontier '). On behalf of the Marvel Cinematic Universe in charge of Disney, we will have ' The Marvels ' on February 17, ' Guardians of the Galaxy Vol. 3 ' on May 5, and ' Ant-Man and the Wasp: Quantumania ' on July 28.

What movies could occupy those two mysterious dates? All of you who have seen 'Venom: Let  There Be Carnage ' will have seen thanks to the post-credits scene that something highly demanded by fans is coming, but we do not know which side of those involved will fall the task of taking it to the movies. Tom Holland has recently said that ' Spider-Man: No Way Home ' is made as a closing of his trilogy so a fourth installment would be, unlikely. Over the past few months, we have heard rumors of a film centered on female Spider-Man characters directed by Olivia Wilde, and a new attempt with the Sinister Six and introductions of characters that we have not seen so far in the Spider-Man movies. For now, we can only speculate.

But let's not forget the three appointments with the Spiderverse that we have yet to see this year and next. On December 17, the long-awaited 'Spider-Man: No Way Home' hits theaters. On January 21, 2022, ' Morbius ' should finally hit theaters with Jared Leto. And on October 7, 2022, the sequel to the wonderful ' Spider-Man: Into the Spider-Verse ' will hit theaters.