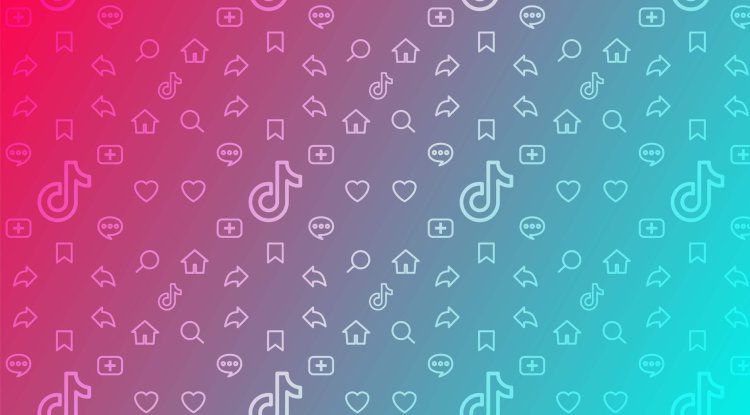 This is a magical digital story.

Once upon a time, there were two companies, there were more, but now we are talking about two. For many years, a company called Google worked hard to be the first, not once but always. She wanted everything to be known because of her. Google made her dreams come true, she offered almost everything to the world. She had cooperation with many, and everything was idyllic.

One gloomy day when the entire world was silent in the global version, the company TikTok appeared. The company TikTok wanted to be known around the world and for people to know her as an interesting social network. Google did not see a competitor, Google did not even think she had a competitor after so many years. The world was silent and doomed to online life, he started researching new things that he didn’t have time for, until then.

A few months passed and the TikTok company became famous! She was different from the others. Everyone wanted to be a part of her. The company then becomes a big competitor to other social networks, but not to Google. The Tiktok company had great ideas and started to apply them. She had a secret ingredient of how to improve her algorithm and be better than others. It soon recorded even greater growth and the social networks that existed before began to copy her, but no one manages to create a great algorithm.

Time passed and Tiktok decided to make more of her secret potions. Step by step, she inserted a mixture of changes into her application. Social networks followed in her footsteps. Overnight, we received recipes from TikTok, products from TikTok, school children became celebrities, became independent and earn income in a couple of months. TikTok saw a chance and made a plan on ‘how to use everything differently’ from others. The company TikTok announced all ideas and plans for next year because now there are many users who spend 10 hours on the application. TikTok becomes strong and knows that her potions are not for everyone.

As in every story, there are bad guys here, and they are both companies. Google steals what she can and makes money from secrets, and TikTok has posts that intimidated children and slow censorship. Time passed and Google realized Tiktok was taking over people. Google always said how she knew everything, but Tiktok shared information in a more interesting way. Google did not react on time and Tiktok became more famous all over the world and had better growth than Google. Google felt defeated and since then it has been making a plan on how to restore the old glory, or censor the TikTok in her app stores.

The story is not over yet. The world woke up and started thinking about new things.

Those old times were a couple of days ago and we are waiting for new events. What will be the next step of TikTok and will she set the standard for everyone again?