IBM and Samsung develop the most efficient processors

The new chipsets could enable the sustainability of Moore’s Law and allow smartphones to run for more than a week without recharging their batteries. 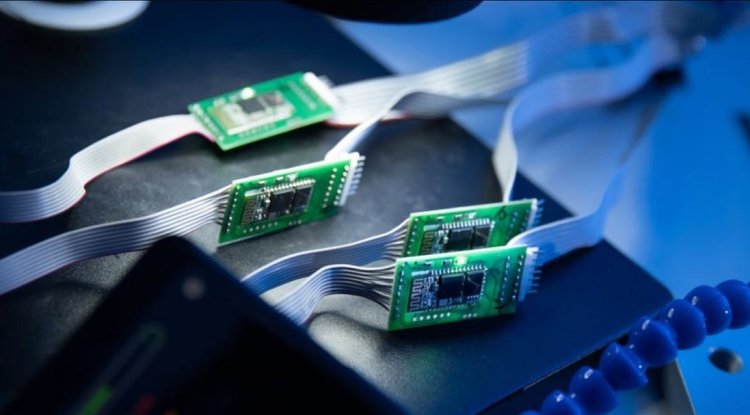 The new chipsets could allow smartphones to run for more than a week without recharging their batteries.

IBM and Samsung have unveiled a new semiconductor processor design that enables the sustainability of Moore’s Law. This breakthrough in processor architecture design uses transistors built into the chip in a way that allows vertical power flow, resulting in a more densely packed device and paving the way for smartphones that run on a single charge for weeks.

Back in May, IBM introduced semiconductor chips with the smallest transistors ever made, only 2 nanometers (nm) wide, narrower than the DNA chain. This allowed the installation of a huge amount of 50 billion transistors on a nail-sized chip, which greatly increased performance and efficiency to offer a 75 percent reduction in power consumption compared to industry-standard chips with 7 nm transistors, as explained in this video .

Traditional semiconductors have transistors laid flat on their surface, transmitting electrical current laterally from one side to the other. A new architecture developed by IBM and Samsung, called Vertical Transport Field Effect Transistors (VTFET), uses chip-mounted transistors in a vertical manner, allowing current to flow up and down.

According to IBM, this new vertical architecture allows even more transistors to be packed into the same space, while also affecting the contact points between them to increase current flow and save energy. The company says the design has the potential to double the performance of today’s solutions or offer an 85 percent reduction in energy consumption.

IBM produced the first test chips featuring this new VTFET architecture. As the Internet of Things continues to evolve, these chips could allow devices like ocean buoys and autonomous vehicles to run on less energy and could have similar effects on energy-intensive computing processes such as cryptocurrency mining, reducing the infamous carbon footprint.

It could also enable more efficient spacecraft and, according to IBM, allow smartphone batteries to last more than a week without the need for recharging.