Intel's Rocket Lake processors for the first time in many years bring improved IPC to Intel desktop processors, as well as support for PCIe 4.0. 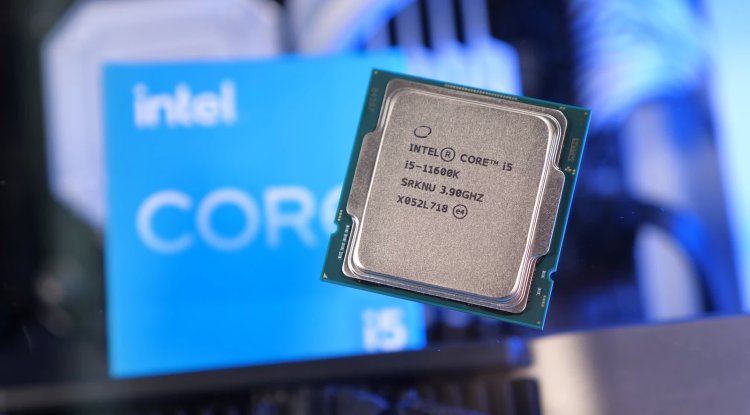 Intel's Rocket Lake processors for the first time in many years bring improved IPC to Intel desktop processors, as well as support for PCIe 4.0. The tested Core i5 11600K provides excellent gaming performance, however, it lags significantly behind AMD's competition in terms of energy efficiency.

However, Rocket Lake processors are still quite significant for Intel, primarily because of two things. Namely, Rocket light processors bring support for PCIe 4.0, and they also have new, redesigned Cypress Cove cores that bring significantly improved IPC (Instructions per Clock) compared to its predecessors, more precisely Intel Core processors of the 10th generation.

However, as far as chipsets are concerned, these processors are not officially supported on H410 and B460 chipset boards, while all other 400 and 500 series chipsets support Rocket Lake processors. We tested the Core i5 11600K on a Z590 motherboard.

In terms of support for working memory, Rocket Lake now officially supports 3200 MHz DDR4 memory. However, these processors can do much more in terms of clock speed, so our test model worked without problems with 4000 MHz memory, but with the mandatory Gear 2 setting, which de facto sets the clock speed of the memory controller to a 1: 2 ratio to clock memory speed.

However, we can't help but get the impression that Rocket Lake processors are primarily limited by the production process and the maximum available energy consumption. The Intel TDP 11600K specifies at 125 W, but that actually tells us little about the actual consumption.

In practice, when loading all cores, the 11600K runs at 4.6 GHz and consumes 140-150 W at rated settings. Inside the motherboard BIOS, it is possible to release the processor from nominal restrictions, ie increase the consumption at the maximum boost clock.

Altogether, it also affects the rather modest overclocking potential. We have successfully overclocked the test 11600k to 4.8 GHz on all cores with an operating voltage close to 1.4 V. For something more than that, you will have to further increase the operating voltage, which causes an enormous increase in energy and requires correspondingly expensive cooling.

The processor worked without problems in games at 4.9 GHz, but it was not stable when loading all cores. In any case, if you plan to overclock the 11600K, we recommend better water cooling.

Ultimately, Intel's 11600K is a very capable and fast mainstream processor that offers support for PCIe 4.0 and excellent single-core and gaming performance. Multi-core performance isn’t that impressive, and a pretty big minus is the high power consumption and surprisingly low overclocking potential.

Nonetheless, there is no doubt that the 11600K offers a very good price-performance ratio, at least if we look at what is currently being offered in the processor market.

Critics and audience roast the first film of the most popular TikToker...