To match the release of Jurassic World Evolution 2 there is a launch trailer from developer Frontier Developments. The fact that the scenes shown are called "Beta InGame-Footage" is a bit strange. 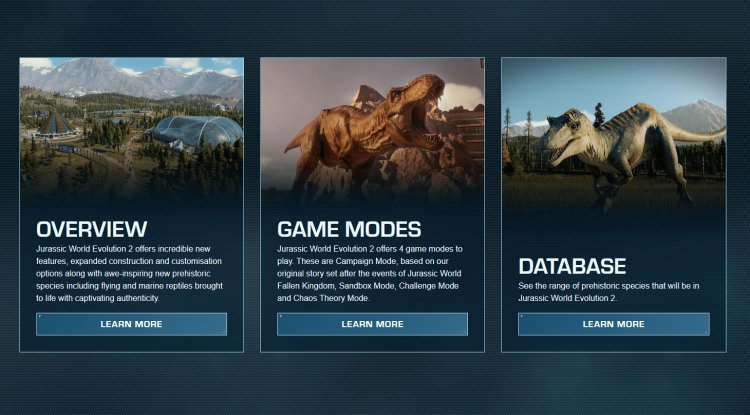 This is what the developer says about Jurassic World Evolution 2:

Create your own Jurassic World
With more extensive management tools, creative design options for new buildings, and the possibility of hiring new scientists, you can create a park that meets the demands of your guests and your dinosaurs. Let your creativity run free in the sandpit mode or show your skills in the challenge mode and master different locations and natural disasters.

Experience famous moments from your favorite films in the game yourself - with a special highlight. Master scenarios from the Jurassic World and Jurassic Park films based on the motto "What if?", with levels spanning different points in time and locations from all five films. Dive into the Jurassic World franchise and find out how the situation plays out when you are in charge.

Discover breathtaking dinosaurs
Over 75 prehistoric species come to life in Jurassic World Evolution 2, including flight and marine reptiles as well as community favorites from the first part. The animals now behave even more lifelike by showing territorial behavior, fighting for dominance, and reacting intelligently to their environment. Through genetic engineering, you can give dinosaurs new colors and change their genomes to unlock traits.