Especially the bright display now needs to be installed on the C2 TV . HDMI 2.1 and Game Optimizer for HDR gaming will also be part of the game again. 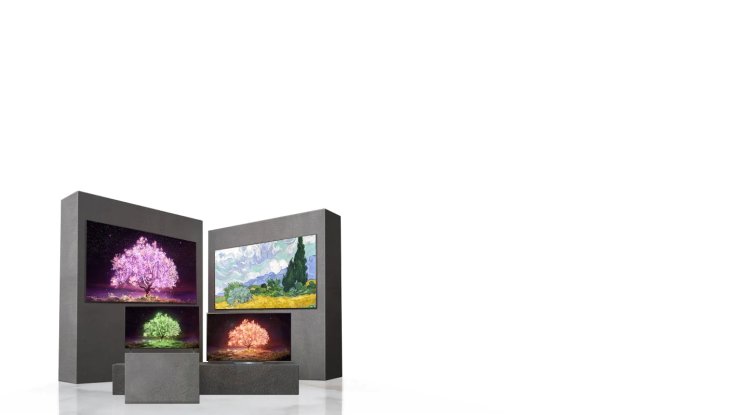 As part of CES 2022, there were long-awaited prospects for upcoming TV models in 2022, with which LG wants to continue to shine in a competitive television market. The following overview shows which editions of OLED TV you can expect this year.

So far, OLED -Evo - the panel was reserved for the G series - with the C2 series, which should replace previous C1 models, that will change. Especially the bright display now needs to be installed on the C2 TV, which provides even better image quality. HDMI 2.1 and Game Optimizer for HDR gaming will also be part of the game again.

If the biggest difference between C1 and G1 in 2021 was the lack of Evo panels in the previous model, this will be left out with the upcoming C2 TV - then why still consider the G series? LG is answering this question with the so-called “Brightness Booster”, which should provide even brighter images in HDR formats such as Dolby Vision.

The G2 has also been expanded by one screen size compared to the previous year. Besides the previously known diagonals, which range between 55" and 83", the LG G2 will be available this year with a diagonal of 97“- despite the size, the image quality should remain without artifacts, as LG promises.

LG OLED TVs 2022: An overview of other OLED models

In the field of OLED TVs, LG has three more TV series in its portfolio with Z, B and A series, all of which are attractive to different target groups. Like its predecessor, the upcoming Z2 has also been declared as a luxury model with native 8K resolution, which will be available in 77" and 88". As in previous years, five-digit prices can be assumed here as well.

For both the B-Series and the A-Series, LG has barely given any details about the new features of the entry-level device - here it all boils down to marginal improvements in image quality and energy efficiency. The South Korean company has not yet provided any information on the specific release date.