The base model comes with Intel Core i5 processor with 4GB and 64GB of storage, which clearly shows that this computer model is not suitable for advanced users. 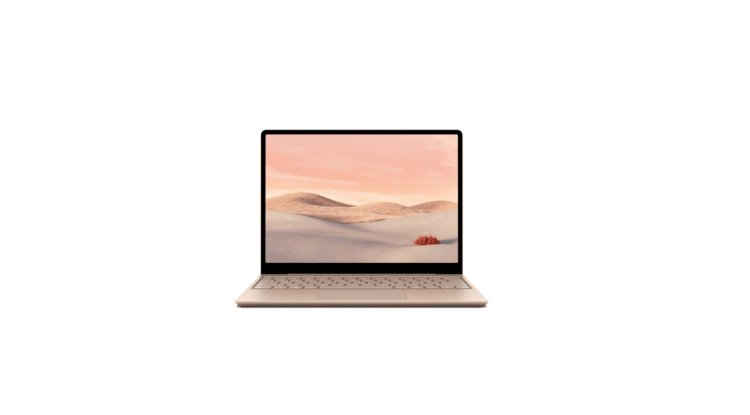 We present a new Microsoft laptop from the Surface line called Microsoft Surface Laptop Go. The laptop comes in multiple models with a difference in RAM and storage size. The base model comes with a single Intel Core i5 processor with 4GB and 64GB of storage, which clearly shows that this computer model is not suitable for advanced users. We recommend that you, if you can, do not opt ​​for this basic model, because these amounts of memory are small in today’s world of memory of ever larger and more demanding programs. There are also models with 8GB of RAM and 128GB or 256GB of storage.

Coming from the Surface series, Laptop Go shares (most) of the DNA with the rest of the family. From the outside, it is a very small laptop weighing only 1.11kg. It is folded 15.69 mm thick, which did not make us too happy, considering that most of us are already used to elegantly thin laptops. On the top, only the glossy Windows logo is on the lid, which equally adorns other devices from Microsoft’s Surface line.

The top and cover of the keyboard are made of aluminum, but the rest is made of what Microsoft calls a system of composite polycarbonate resins with glass fibers - in translation, it is made of plastic, which is the biggest minus of the design of this device. The keyboard is slightly smaller and has no backlight, but has a pleasant typing experience. But the only illuminated key on the Laptop Go is the Windows Hello Unlock fingerprint sensor on the power button.

The touchpad is large and precise, making it one of the best you can get on a Windows computer. The screen itself is a 12.4" LCD frame with a thin frame and 3:2 aspect ratio, which makes it great for scrolling the web and long documents and for sharing the screen, but not really for watching movies. Although the screen resolution of 1536 x 1024 pixels with a pixel density of only 148ppi did not disappoint us. It is sharp and the colors are vivid. Another advantage of the screen is that it is touch sensitive. The screen has a maximum brightness of 319 nits, which is okay, but below the competition average and could create visibility problems when working in daylight.

Another way Microsoft has reduced the price of this model is by choosing Intel’s 10th generation “Ice Lake” processors instead of the new 11th generation “Tiger Lake” processors. It is important to mention that this device comes with Windows 10 Home S mode, which restricts the installation of some applications from the Microsoft store. This limitation can be easily disabled in system settings and upgraded to the full version of Windows 10, but we must warn you that once you do, there is no going back to the S version.

The laptop comes with a 39W charger with Surface Connect. Of the other ports, the Surface Laptop Go has a 3.5mm headphone jack, standard USB and a USB-C port. The interesting thing about this laptop is that, besides the standard charger port, the device can also be charged via a USB-C slot using a USB-C cable. The battery itself, as well as its charging, disappointed us. Charging from 0 to 100% takes almost 2 and a half hours, while the battery life with an average mode is just over 7 hours.