At the Alder Lake presentation, Intel boss Pat Gelsinger also spoke about the goals for the next ten years. Accordingly, the well-known Moore's Law should be upheld and even surpassed - this is putting AMD under pressure. 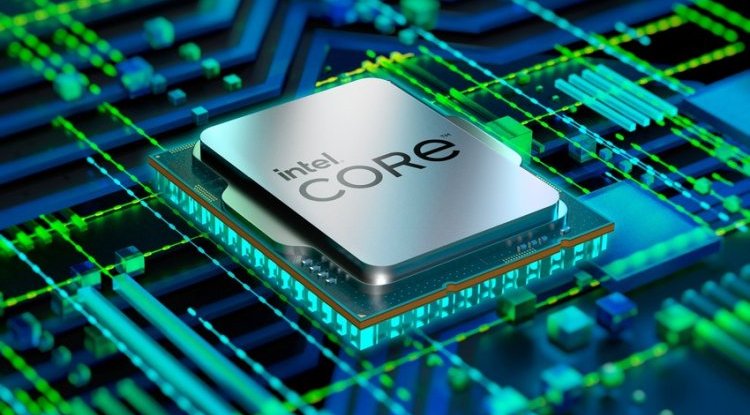 The 90-minute keynote on the Intel-On-Event was not only about Alder Lake, but also about technological advances that were already outlined in June with a product roadmap. And the Intel boss Pat Gelsinger, who has only been in office since the beginning of the year and is very active.

Intel: "don't rest until the periodic table is exhausted"

The much-cited Moore's Law, first formulated by Gordon Moore in 1965, states that the complexity or transistor density of semiconductor circuits would double every 18 months for the next ten years. Moore was wrong in that the law lasted much longer. And Pat Gelsinger promises that the law will at least be achieved for the next ten years. Intel recently had great difficulties improving its manufacturing processes sufficiently quickly to meet the need for more computing power. Intel gave the first outlook at the accelerated event at the end of June, the years of delays in the 10 nm introduction are now followed by a close staggering of the pent-up successors with an aggressive roadmap.

And this is where Gordon Moore comes into play again because according to Gelsinger his law is still alive today. Intel wants to surpass the Moore formula as much as possible over the next ten years. With EUV lithography you have "a clear path for lithography", and lithography has always been at the heart of semiconductor innovation, says Gelsinger. Other components are RibbonFET and Power Via. RibbonFETS allow space-saving power scaling and Intel speaks of a "clear path for sustainable transistor improvements". Power Via uses the silicon back for the power supply so that Intel has a "clear path for power supply and management technologies and, above all, the packaging".

Intel wants to achieve a higher effective transistor density through stacking (2D, 2.5D, 3D) and packaging. Multi-tiles are intended to help overcome limits in terms of defect density and reticle size. In the end, Gelsinger promises that they expect to get more than just doubling the complexity every two years. One will "not rest until the periodic table is exhausted". They are the "administrator of Moore's law and will try tirelessly to renew the magic of silicon".