New updates for Windows 10 and Windows 11! 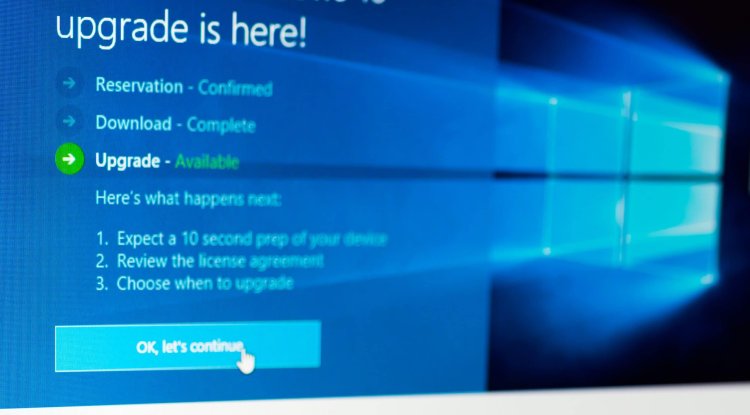 The new KB5009596 update for Windows 10 has arrived, bringing with it plenty of new features. It's an optional update, so users don't have to accept it if they don't want to, and Windows won't install it for them.

Despite the fact that the optional upgrades come with a voice warning about changes that may affect system stability, the KB5009596 update claims to be substantially more secure than prior versions and is part of the Windows Insider program. This update can be installed if the user wants to take advantage of new features, has previously experienced issues with Windows 10 installs, and does not want to wait until February for the necessary Patch Tuesday update.

This is the first update that will assist customers with the upgrade to Windows 11. It also provides the user with a variety of system-wide enhancements and patches, including one that addresses Bluetooth device issues.

Support for a new feature dubbed "Sync your Settings" is the focus of the KB5009596 upgrade. It's a backup function that lets you manage data from a list of installed apps using your Microsoft account. When a user transitions from Windows 10 to Windows 11 on the same or another device, it helps to back up data for utilized applications.

The innovation is part of Microsoft's aim to make data migration to Windows 11 as simple as possible.

The most significant improvements in the new version are emphasized here, and the new " Sync your Settings " function may appeal to all customers considering upgrading to Windows 11, as data transfer from Windows 10 is considerably easier.

Users should transfer data from Windows 10 to Windows 11 using OneDrive, email, or free applications that help organize and manage content migration, according to previous advice.

Sync your Settings is now a nice update that may persuade some users that transitioning to a new operating system is not difficult and that a significant amount of data stored across multiple applications can be easily systematized and transferred.

KB5009596 can be downloaded in two ways, as with other temporary updates: from your computer's Windows Update menu or from the Microsoft Update Catalog.

If the typical download through the Windows Update menu is unavailable, a new update can be obtained in the Microsoft Update Catalog, which displays all of the available versions.

Because the available versions of the KB5009596 update are suited to different Windows architectures, it's important to make sure you're downloading the right one.

When you click the "Download" button in the Microsoft Update Catalog, a new pop-up window with a link ending in ".msu " appears. If you open Chrome or another web browser and click on the link directly, the download will not begin. In order for the download to begin, the URL must be copied and pasted into a new web browser tab.

This step, which may seem odd to some, is necessary because the Microsoft Update Catalog still employs an insecure HTTP connection for content download links, and Chrome prohibits access in such cases.

With Microsoft Edge, downloading items from the Microsoft Update Catalog is as simple as clicking a button.

On December 14, 2021, the support period for Windows 10 version 2004 came to an end. It is suggested that customers update to the latest version of Windows 10 in order to continue receiving security and other updates.

It's also accessible through the Windows Update menu or the Microsoft Update Catalog, which may be found on the following website.

The biggest change in this updated package is to Windows 11's "Settings" menu. Users may observe how changes have occurred in the " Accounts " area of the " Settings " menu after the update, which includes, in addition to basic information, a complete overview of Microsoft account items such as subscriptions, order history, payment data, and even Microsoft rewards. The same categories apply to Office and Xbox services in the overview.

The "Settings" menu also resolves an issue with wireless audio devices that caused them to malfunction in some circumstances.

In addition, an issue in the taskbar that caused inactive programs to receive active status was resolved.

On the taskbar, some minor issues were fixed, such as the incorrect display of the sound level and the disappearance of the bar itself when using the two screens and turning on the "auto-hide" feature.

Finally, the issues with Bluetooth devices and checking the state of their batteries in the "Settings" menu have been fixed, as have the issues with color rendering when using HDR.