Now that the components of the Nvidia Geforce RTX 3090 Ti have been discussed in detail, the card should be considered set alongside the Geforce RTX 3080 Ti 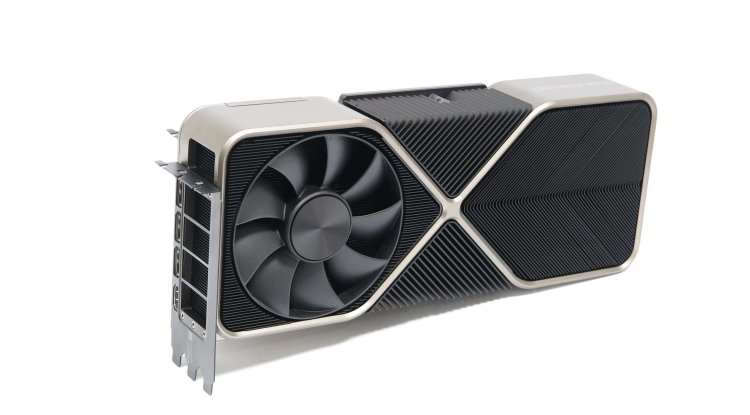 The Geforce RTX 3090 Ti as one of the models for the year 2022 is becoming more and more likely. According to a report from Taiwan, the card will get memory modules from Micron that are fast at 21 Gb / s. Specifically, it should be about the modules with the designation MT61K512M32KPA-21U. The modules are also interesting because of the capacity - 16 Gbit or 2 GiByte allow fewer modules to be placed than, for example, the Geforce RTX 3090 without Ti, which has only half the chips in terms of capacity and accordingly requires 24 pieces.

There are therefore hopes that Nvidia can simplify the design and dispense with the backplate since 12 modules also potentially cause less waste heat. However, the simpler design should not have any effect on the price, which is largely determined by other factors. A portfolio addition is expected for the Ampere refreshes. The Geforce RTX 3090 Ti is logically positioned above the RTX 3090; the other cards, which are also expected, should fill the gaps between the known models. Accordingly, no serious price reductions are to be expected. In addition to the RTX 3090 Ti, we are currently talking about an RTX 3080 Super with GA102-225, which should have 12 GiByte memory, but is also said to have 12 more GPU clusters. That would make it very close to the Geforce RTX 3090,

The Geforce RTX 3090 Ti would then also be the flagship in other areas; for example, the TDP, which is supposed to increase from 100 watts to 450 watts. In return, you get 2 GPU clusters more than the RTX 3090 and 1,008 GB / s transfer performance for the memory.