Nvidia is launching a platform to create interactive 3D avatars 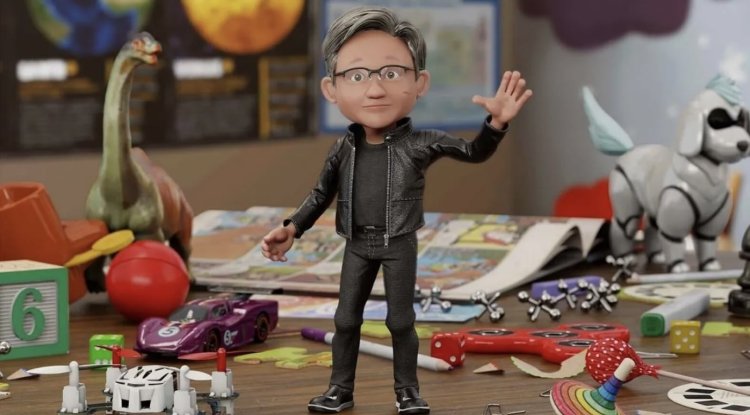 Nvidia says digital avatars created using the platform are interactive with 3D graphics with Ray-tracing and can see, talk and discuss a variety of topics. The platform opens the door to the creation of virtual assistants that can be applied in virtually any industry, writes XDA-developers. Nvidia predicts that the technology could help in a wide range of interactions with customer services such as restaurant orders, appointments, and reservations, banking transactions, etc.

During the presentation, Nvidia showed several demos of the Omniverse Avatar. In one demo, we see a version of Nvidia CEO Jensen Huang answering questions on topics such as biology and climate change. Meanwhile, another shows an animated character in a restaurant kiosk talking to customers while ordering food from a menu.

"The dawn of intelligent virtual assistants has arrived. Omniverse Avatar combines basic NVIDIA graphics, simulation, and AI technologies to create some of the most complex real-time applications ever created. The use of collaborative robots and virtual assistants is incredible and far-reaching, " said Jensen Huang, Nvidia's CEO.

Omniverse Avatar is part of Nvidia Omniverse, a virtual world simulation company, and collaboration platform. Initially limited to engineers and developers, the Omniverse is now in the open beta of almost everyone and is currently used by more than 70,000 users. BMW, Adobe, South Park, Bentley, Ericsson, and Epigraph are among the companies using OmniVerse.

As mentioned above, Omniverse Avatar uses a variety of speech intelligence, computer vision, and natural language processing technologies. For speech recognition and language comprehension, it relies on the NVIDIA Riva and Megatron 530B, while NVIDIA Merlin and NVIDIA Metropolis provide a mechanism for recommendations and perception capabilities.