OnePlus went a step further and offered the OnePlus Audio ID function, which through a simple hearing test is able to adjust the sound signature to your ears. 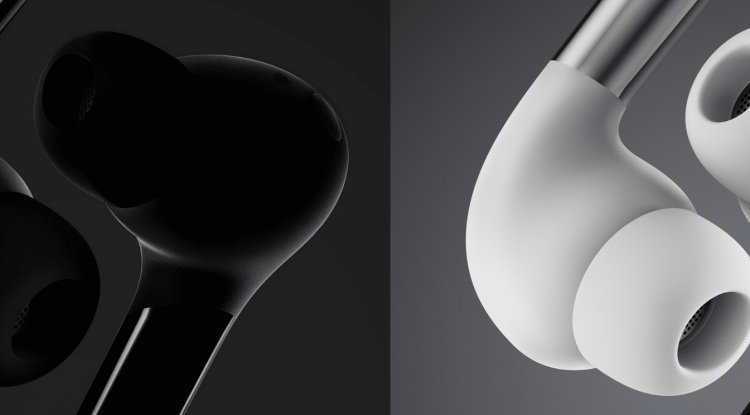 The specific style of the OnePlus company is visible even after the packaging, which looks very meticulous and indicates a certain level of quality that can be expected. In the package, in addition to the headphones themselves, there is also a USB Type-C charging cable, as well as for instructions for use that are not bad to look at so as not to miss any useful function.

The headphones come in charging and carrying case, which is quite compact in size and very convenient in shape, with rounded upper and lower surfaces and flat edges on the side. There is also a slight cut on the opening part to easily open the box, something that was not so practical on some of the previous models, while the headphones lie sideways and are easy to remove, so the carrying case is perhaps our favorite among previous models of this type. If we have to complain about something, it is that the printed logo does not look the most expensive and we think that everything would look much better if instead of the letter there is actually a 1+ symbol that would fit perfectly.

At the back of the box is a USB Type-C charging port, as well as a metal hinge, while the rest of the box is of course made of plastic. The pairing key is located inside the box instead of outside, between the bugs, which is probably a more logical and noticeable location for those who meet this type of headset for the first time, because immediately after opening the box it will be clear what to do, even and if you skip the instruction.

As for the headphones themselves, this is one of the nicer models we’ve seen, primarily because all the edges are completely rounded and that this model does not look like any previous one, which is not so easy to achieve with devices that have very little space some different and specific look. The body of the headset is made of matte plastic, while the extended part where the antennas are located is in a polished chrome-silver variant. This time, a white version was found on our test, but there is also a black version, which, judging by the pictures, also looks very good. By the way, the headphones are resistant to water and dust according to the IP55 standard, which means that they do not mind sweat or even a jet of water, and the box is IPX4 resistant in case of rain, for example. or spraying with water.

The shape of the headphones is very comfortable in the ears, which is contributed by the complete absence of sharp edges, and on top, there are silicone earplugs that come in three sizes and help with a good fit in the ear and better passive insulation. If you are not sure which of the three sizes is optimal for you, this model even offers a test using external microphones that can measure the “leakage” of sound and assess whether the headphones with the selected size fit in the ear as intended. It is also worth mentioning that the Buds Pro stands firmly in your ears and does not tend to fall out even when you sweat while running - we have tried it, which will mean a lot to those who use headphones mostly during activities.

Like most true wireless models, the Buds Pro also has controls for performing various functions, and instead of the classic capacitive touch controls, OnePlus opted for pressure sensors. Specifically, it is necessary to pinch that metallized extended part, which avoids frequent problems with this type of headphones when you accidentally activate a function in an attempt to adjust the headset with the touch of a finger. Interestingly, although there is no tactile response, the headphones play the sound of clicking a switch that sounds so convincing that at first, we thought it was a mechanical switch, and only pressing the headset out of the ear made it clear that it was just sound and sensor.

One press to play music and pause, double to next song, long press to change noise reduction modes, while the triple press can be configured for previous song or voice assistant independently for left and right handset, unlike others for both at the same time. This may not be the most flexible system we’ve seen, it lacks the ability to control the volume directly from the headphones and a little more programmability, but it can still be said to be quite practical.

When we mention noise reduction, in addition to passive isolation, these headphones also offer active reduction which, by analyzing signals from internal and external microphones, emits the opposite sound to that which reaches the ear and thus cancels it out. In practice, we can say that this may not be the best, but it is certainly one of the best solutions of this type that we have heard and that it very successfully cancels most of the unnecessary sounds outside, even those of low frequency. There is even a choice of three different modes, standard, smart and maximum, so you can choose the one that suits you best. Of course, it is possible to use only passive isolation, as well as activate Transparency, the ambient mode in which sound is added to the ear from the outside, practically bypassing passive isolation, which also works very well.

If you keep one of the controls during a long press for a little longer, instead of noise reduction you will activate Zen Mode Air, one of the specialties of this model that we have not had the opportunity to see so far. In this mode, the headphones play some of the ambient sounds such as. sea ​​waves, the sound of the forest, campfires, which seems very relaxing, and it’s a great thing if, for example. you work in a space with a lot of colleagues and you want to switch off and concentrate on your work. A small complaint is that it is not possible to adjust the volume of this mode, and for our taste it is a little louder than it should be, although it is possible to bypass that in the application, because the sound is quieter in the menu for selecting the sound type.

OnePlus Buds Pro uses Bluetooth 5.2 to connect to audio sources and mobile devices, with the standard option of using only one or both headsets at a time.

The range and quality of the connection are very good, among the best so far, and in addition to the SBC and AAC codec, the LHDC codec is also supported, which supports higher quality and bitrate, up to 900kbps and 96k / 24bit, and for which you will OnePlus phone, you need Savitech Hi-Res BT Player, FiiO Music or some other application that supports LHDC. The delay that this connection achieves is, according to the specification, a minimum of 94ms, in combination with the OnePlus phone in Pro Gaming mode, so it is not very impressive on devices from other manufacturers.

In terms of sound quality, the Buds Pro relies on 11mm dynamic driver speakers which we must say are a very pleasant surprise. First of all, because of the sound balance, which is relatively neutral, with a slightly more moderate, but without some unnecessary accents and with absolutely extraordinary bass reproduction, because the response of low frequencies is quite flat up to about 28Hz, and extends up to 20Hz. Therefore, the bass is not excessive, but it covers even the lowest sub-bass frequencies, so the music sounds very convincing, and yet very close to what it was intended. High frequencies are not accentuated for a more detailed picture, so long-term listening is pleasant and does not tire the ears, and there are still a lot of details, partly thanks to the excellent noise reduction, which makes it possible to hear reverb tails in songs, even when walking down the street and other noisy environments where fine details are usually lost. The sound image is also good, the volume is more than enough, so the overall impression of the sound quality is very positive.

In this case, OnePlus went a step further and offered the OnePlus Audio ID function, which through a simple hearing test is able to adjust the sound signature to your ears, which it really does and most users will definitely benefit. It is also interesting that it is possible to create up to 10 different profiles, either as personalization for several users or as variations for one that changes the classic equalizer, which in this case does not exist.

Official data says that with 50% power, the headphones themselves give 7 hours of continuous listening with one charge of their 40 mAh batteries, and a total of 520 mAh battery in the charging box and up to 28 hours with active noise reduction or 38 hours without. Very nice numbers. Charging is possible with a USB cable, Warp Charge, which recharges in 10 minutes for 10 hours of listening, but also wirelessly with any QI-compatible charger.