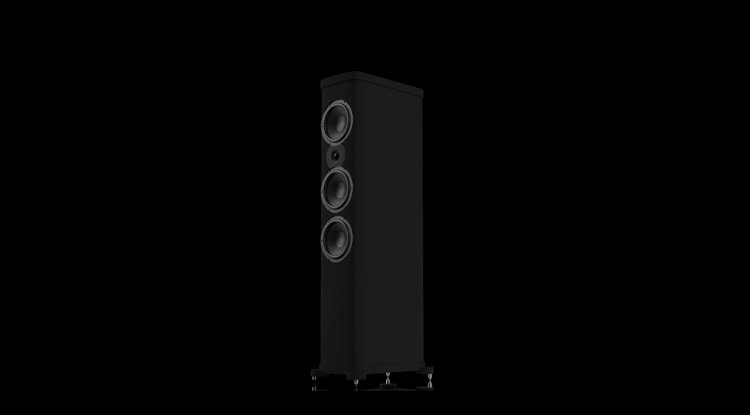 Wilson Benesch. Because of its flamboyant loudspeaker sculptures, the British loudspeaker specialist makes aficionados all around the world click their tongues. Only in this country has the brand not yet found the appropriate distribution channel. That should certainly change now, as the British have only recently arrived at the IAD in terms of sales (including Quad, Mission, Luxman, Line Magnetic, Lumin, and many others).

That, however, is only the second most essential message. Even more importantly, the Brits have developed a new line of loudspeakers that, like everything else from Wilson Bensch, is exorbitantly priced: the three models range in price from 25,000 to 190,000 dollars.

That is an announcement in and of itself. However, for the first time in the current series, the British are adopting composites composed of natural materials. This was created as part of the European R&D project SSUCHY, and it quickly fed into the Wilson-Benesch development. The Wilson Benesch Omnium is the first model in this series to hit the market.

What is special about the Wilson Benesch Omnium

The Omnium appears to offer nothing new at first glance: with a Fibonacci Hybrid tweeter, three Tactic 3.0 low-mid drivers, and three Isobaric Drive low-bass systems, the Omnium's primary innovations are derived directly from Wilson Benesch's flagship Eminence. However, for the first time, the housing, known in PR as the ACT monocoque frame, is composed entirely of renewable resources. The British take pride in the fact that they have always been concerned with sustainability. The new bio-composite material, developed in collaboration with the European SSUCHY project, was an obvious choice, particularly given its exceptional acoustic properties: the new ACT 3Zero frame is believed to be many times stronger than its predecessors.

Concerning the SSUCHY project: The initiative was created in 2017 to enhance the development of novel and sustainable materials manufactured from plant fibers and biopolymers, as well as to reduce reliance on fossil fuels. The consortium "Sustainable Structural & Multifunctional Bicomposites from Hybrid Natural Fibers & Bio-Based Polymers" is comprised of 13 colleges, various blue-chip firms, and four medium-sized companies, one of which being the British high-end maker Wilson Benesch. With 7.4 million euros in EU financing, SSUCHY was able to pool research resources and achieve results that would have taken a single firm decade to achieve. One of the outcomes of this research is the new ACT's composite material.

Of course, simply introducing a new material is not enough: finite element analyses assisted in optimizing the flow parameters of the resins and making the manufacturing process more efficient. This not only assures an incredibly homogeneous material structure but also saves up to 50% energy against earlier production processes. "Even though sustainability has been a core element of our corporate culture for several years, the results of the SSUCHY project may be defined as revolutionary," says Craig Milnes, Design Director at Wilson Benesch. The SSUCHY project team not only met its objectives but was also able to generate market-ready items in a relatively short period of time."

The new substance could be long-lasting. The loudspeaker is likely to be most sustainable because no one wants to throw away such an expensive loudspeaker. Above all, there's the 38-kilo solid metal foundation, which is designed to cleverly drain kinetic energy but consumes a lot of energy first…

The mid-range, which consists of no fewer than three mid-range drivers, each with a particular purpose, is unquestionably a standout feature. Then there's the woofer known as the Tactic 3.0. Its unique polypropylene cone enables mechanical roll-off at four kilohertz, allowing the Tactic 3.0 chassis to be linked directly to the amplifier without the use of any electronic crossover components: an active branch in a passive box if you will.

The bass range, which consists of three pairs of interconnected 17 cm woofers that work membrane to membrane, is also well-known yet nevertheless completely convincing. This is costly, but it is possible to construct the optimal bass: the membrane area is added to the mass of the confined air.

Only half of the woofers are visible. The other three are seated inside, their membranes facing forward. Wilson Bensch's "Isobarik" push/push compound system is constructed in this manner. In any case, there is usually a lot of high-tech paired with innovative concepts at Wilson Benesch. The fact that the costly sound converters are likely to be heard more frequently now.

A Processor That Cannot Be Hacked!