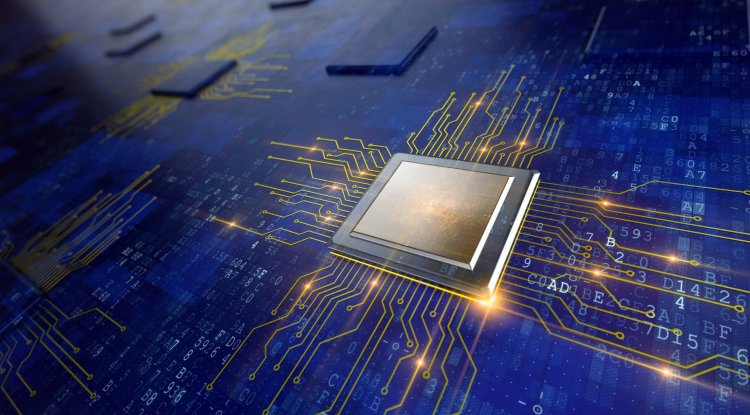 Intel: The evolution of hybrids

At the turn of October and November last year, with the 12th generation Core processor (Alder Lake), Intel began its spirited ride, which aims to reverse the unfavorable situation on the battlefield for personal computers.

Thanks to the successful Ryzen chips

AMD has dominated the desktop in recent years. After six models from last year, Intel presented at the fair a whole host of other Alder Lake processors, which are aimed at both the desktop and mobile computing segments. The first information speaks of a very good performance.

And as Intel has literally flooded the market with new processors, it might seem like it has fired all the bullets for this year. But a few of them still remained in the magazine.

In addition to the even more powerful Core i9-12900KS desktop chip, which should increase the Turbo to 5.5 GHz compared to the current top model, it can show even more.

When the number of cores is not enough

The microprocessor giant is preparing the next generation of chips, which should arrive at the end of this year, at least in the form of several models for the desktop, probably at its very end. The chips are codenamed Raptor Lake and will evolve the current hybrid concept, which combines powerful cores with economical ones.

However, according to the leaks, the maximum number of savings will increase from 8 to 16.

Because HyperThreading only supports large cores, Raptor Lake chips will be able to offer up to 32 logical threads. However, it is questionable whether laptop variants also offer such a configuration.

In addition to increasing the number of cores, the microarchitecture itself will be improved, which should increase performance per beat. As a result, the capabilities of processors can increase significantly not only in multi-threaded tasks but also in the utilization of a single core. However, it is too early for preliminary estimates.

Tacts and energy efficiency are unlikely to shift fundamentally, if at all.

The Raptor Lake processors will be manufactured using the same Intel 7 manufacturing process as the current Alder Lake. It is said that it is preparing a new HEDT platform In connection with Intel, there has also recently been talk of a high-end desktop platform (HEDT), which in the second half of the year could theoretically compete with competing Threadripper chips from AMD.

Given the available information, Intel could introduce its own next-generation HEDT platform in the second half of the year.

The chips should be based on the server platform, but given that its upcoming generation Sapphire Rapids has been postponed several times and these server processors are still not really here, it doesn't look rosy even with computer variants.

However, the main weapon of these hypothetical chips could be the integration of powerful Alder Lake desktop cores, but in significantly larger numbers. However, it will not be a platform for everyone, such processors would sell for thousands of dollars.

AMD: Aces up your sleeve

At the beginning of January, Intel's biggest rival also made itself known.

During the January conference, AMD announced, in addition to new graphics, Ryzen 6000 processors (Rembrandt) for laptops. However, the company also indicated the upcoming products that we can expect this year.

In the spring, AMD will present the arrival of the very first chip, which is to integrate the so-called 3D V-Cache memory with a capacity of 64 MB.

The eight-core Ryzen 7 5800X3D will be compatible with current motherboards, and although it will use the current Zen 3 architecture, performance should increase significantly due to the larger cache memory in certain areas.

During its presentation, AMD focused mainly on games in which the novelty should surpass even the currently most powerful desktop game processor Intel Core i9-12900K.

However, the biggest event presented by AMD this year is the launch of a completely new platform, led by Ryzen 7000 (Raphael) processors based on the Zen 4 architecture. In addition to the significant increase in IPC, higher frequencies are also expected.

During the fair, the company's director showed a demo of the Halo Infinite game running on a new processor, while all its cores were to run stably at 5 GHz. It is not yet certain whether the Ryzen 7000 will increase the maximum number of cores from the current 16 to 24 or more after years.

The new platform will bring support for DDR5 RAM and PCI Express 5.0. Most models should also integrate a graphics core, with the processors already fitting into the all-new AM5 socket. She should be here with us, like her predecessor, for the next few years. The biggest difference will be the transition from PGA to LGA, bringing AMD desktop processors closer to that of Intel.

Zen 4's Ryzen 7000 processors are expected to hit the market in the second half of the year, with 5nm technology already in production. Later, there should be variants for laptops, which are to double the number of cores to 16 between generations.

But AMD probably didn't tell us everything about its upcoming chipsets for 2022 at CES. At the same time, the manufacturer has long since introduced no new product for the desktop segment, which would go to the price segment of 150 euros and less.

Surprisingly, Intel has the upper hand in this field. In the past, it was just the opposite.

But there is some hope. Information about the upcoming cheaper Renoir-X processors, which should be built on the older Zen 2 architecture, recently appeared on the Asian server. The source has so far mentioned three models with eight, six, and four cores without integrated graphics. However, it is not yet clear when these chips will arrive and whether they will also be intended for regular retail sales in our market.

However, the secrets surrounding the AMD processors planned for this year do not end there. The whole story around the new generation of high-end Threadripper chips is already beginning to recall the situation with Columbus' wife. We have been hearing about them for more than a year, but they are still not on the market. Recent rumors say that Threadripper processors with a maximum of 64 Zen 3 cores could finally arrive in March.

So far, however, only variants with the "Pro" attribute with up to an eight-channel memory controller, designed for workstations and the most demanding users, are mentioned. Their price will also depend on this, which can be astronomical after taking into account the amount for the motherboard and memory modules.

ARM: A new chapter for computers

Modern computers are no longer tied only to x86-64 processors. Therefore, when looking at this year's novelties, we must also look at traditional processor producers. When the manufacturers introduced the first smartphones and tablets based on ARM chips more than a decade ago, they unknowingly started a revolution on computers as well.

Today, we are increasingly encountering various tablets, laptops, or convertible devices, which, although they use the Windows operating system, hide an ARM processor in their bowels. Not to mention the entire Chromebook.

Qualcomm is preparing a revolution

For now, however, let's focus on the processor innovations for the Microsoft platform, which were exclusively associated with the American Qualcomm. Although these chips offer superior battery life, they run into their capabilities and incompatibilities with software that must be emulated. And this ultimately reduces performance, which is already lower compared to the x86-64 competition.

However, the dominance of Intel and AMD in the Windows PC segment could end in the near future. Qualcomm has been told that it is preparing a completely new generation of chipsets for laptops that will outperform the competition in terms of both performance and energy efficiency, ie battery life.

The American manufacturer wants to materialize this miracle within its new division, which was created by the acquisition of the startup Nuvia. By the way, it was founded by former Apple engineers behind its successful mobile and computer processors.

The first stop will be Windows laptops. They should not really appear on the market until next year, but the company has announced that it will offer selected partners for testing at least samples by the end of the current one. Therefore, some information about the capabilities of these processors could leak to the public.

You may be wondering why we don't have any ARM-powered Windows computers on the market from other manufacturers. The reason could be that Qualcomm allegedly has an agreement with the Redmond company to develop and exclusively supply ARM chips for laptops with its system.

However, the alleged contract is due to expire soon.

Samsung unveiled its new Exynos 2200 chipset just a few days ago. During its development, the Korean company used the services of AMD's graphics division. The chip integrates the GPU of the RDNA 2 architecture, which also drives the hearts of today's Xbox Series X / S and PlayStation 5 game consoles.

However, even before the official announcement of the Exynos 2200, there was speculation that Samsung planned to use this solution not only on mobile phones. It could also be used in larger devices, such as laptops with Windows.

In addition to Samsung, other producers, such as Taiwan's MediaTek, may have bold plans. Its new Dimensity 9000 mobile chipset offers very solid parameters, thanks to which it can compete with Qualcomm, Samsung, and partly with Apple. The company has also been offering processors for Chromebooks for a long time. Extending its operation to ordinary computers can only be a matter of time.

We must not forget what is happening on the opposite bank. The world of computers is not just about Windows, Linux, Android, Chrome OS, or other forms of operating systems.

There's an Apple where he's still "going his own way" and he's doing better than ever.

In 2020, the Cupertino company with the M1 chipset with its computers officially launched the transition from Intel to its own ARM-based solutions. But in the next 11 months, it should complete this transformation.

New MacBooks are said to be waiting for us first, and some of them could already build on the new generation of the basic chipset with the working designation M2. Next up are the more powerful all-in-one iMac Pro computers, which, according to the latest leak, could once again push the capabilities of all Apple solutions mentioned so far. The new devices could integrate a chip with 12 processor cores, thus surpassing the current flagship M1 Max model.

The absolute pinnacle of California engineers is to materialize the extremes of the Mac Pro desktop processor. In its context, there is even talk of 40 processor cores, which would mean strong competition even for the most powerful desktop chips AMD Threadripper.

Either way, 2022 will probably be one of the most attractive in history from a processor market perspective.