While in similar cooperative titles we mostly chased the map headlong and solved tasks, we approached the Extraction missions much more cautiously. 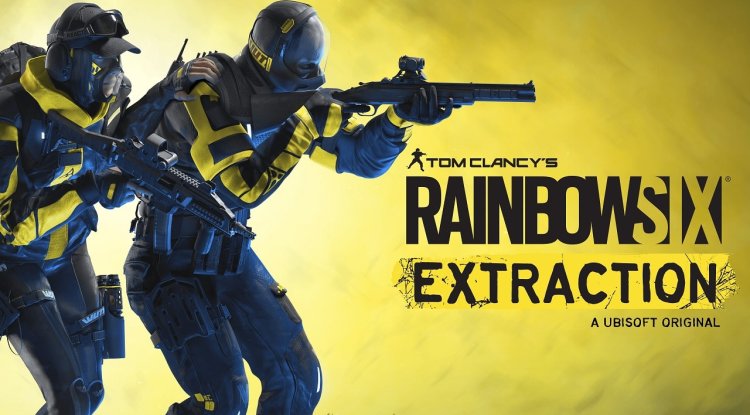 While in similar cooperative titles we mostly chased the map headlong, shooting opponents and solving tasks, we approached the Extraction missions much more cautiously.

Cooperative shooters are nothing new, and the concept that celebrated Left 4 Dead a long time ago is being relentlessly exploited in countless games. They are extremely fun if you play them with friends because the parties are always full of funny situations, but only a few have managed to keep us for a long time, especially if we got silent players as comrades, or worse, smart guys who think they know everything. A few such sessions would kill our desire to continue playing, and in the case of Rainbow Six Extraction, we have the impression that the mentioned players could further speed up the process for many.

Announced three years ago as Rainbow Six Quarantine, after which Ubisoft changed its name to the current one most likely due to a link to a situation caused by a global pandemic, Extraction is definitely not a game for everyone. Players accustomed to storming and shooting at anything that moves will soon realize that the reckless campaign will be over very quickly, thanks to unforgiving playfulness and artificial intelligence that can hardly wait for new victims. Considering that this is a smaller project, not even close to the titles that Ubisoft gives us every now and then, the absence of a story-driven campaign is not surprising. Instead, we have at our disposal twelve maps, arranged in four zones, each of which brings three connected areas, in which the objectives of the missions of our operatives, now gathered in a special unit REACT.

With the support of playing up to three players, we are offered a choice of eighteen operatives from Rainbow Six Siege, who are further adapted to fight the Archaeans, alien parasites that come in all forms, from classic fools running at us as soon as they see us, to those who can become invisible or prevent us from moving. We liked that Extraction literally forces us to try out different characters, given that they were wounded in previous treatment missions and unavailable for future ones, and that the upgrades they earned are permanent. Everyone has certain abilities, so Sledge can break down walls with a hammer, which is useful for shortcuts and avoiding stronger opponents, while Doc is always welcome in the team, and his absence will be very noticeable.

By completing one mission with three random tasks, noting that before launching we do not know what to do and what kind of enemies await us, we can choose to move to a new area, and in case of death risk losing our experience, or simply return to base and go in a new campaign. Of course, continuity brings far greater rewards, but the characters transfer absolutely everything to the new mission, from the amount of ammunition to health, which, given the deadly opponents, will usually already be disrupted. If one of the comrades loses all health, we can take his body to the draw point and he will miss a few games, but if they all die, they will be declared "missing in action" and the players who led them are unavailable for further missions. Fortunately, it is possible to save them,

As mentioned earlier, the key to success is tactical and thoughtful progress, which involves quietly eliminating opponents, either by hitting the head or sneaking within arm’s reach and using weapons of close combat. Noise attracts opponents, and they have an awkward tendency to raise alarms that will activate defense mechanisms, in this case, nests from which hordes of enemies will constantly attack us, and their places of creation are the primary target in every mission.

Rainbow Six Extraction does not bring any news in the genre of cooperative shooters, and after ten hours, missions and opponents will begin to repeat, with rare novelties that you have not seen before, which gives the impression that it lacks content. Maybe some add-on will appear in the future or Ubisoft will switch it to the model of the older Siege, which has gained a loyal community over the years, but these are things we can only guess. Either way, the price is quite decent, and if you have the right team, we have no doubt you will have a good time.